A major German shopping centre that has been repositioned by Broadway Malyan in an 85m euro project with owner ECE and TH Real Estate has been launched to the public.

The project at the PEP shopping centre in Munich included a comprehensive modernization of the existing mall and an expansion of more than 8,000sqm of retail space that has attracted a host of new international tenants including the first Primark in Bavaria.

The project for ECE, which has 200 shopping centres under management, was led from Broadway Malyan’s Lisbon studio and group chairman Stuart Rough said the aim of the project was to create a contemporary atmosphere that encouraged guests to spend more time at the mall and help ensure its future in the increasingly competitive retail space. 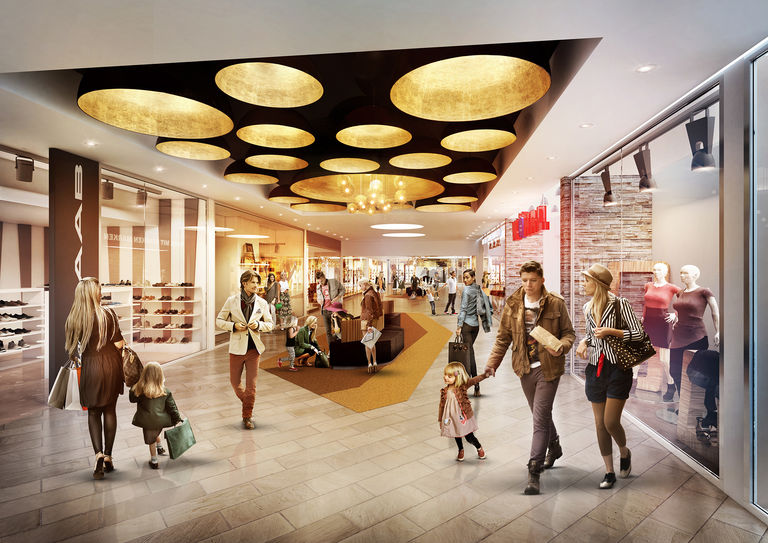 He said: “The PEP shopping centre is one of Bavaria’s best known retail destinations but it is also almost 40 years old and competing with a growing number of other renovated malls.

“Our brief was to create a retail environment that met the aspirations of guests who demand a more captivating experience where they can shop, eat, drink and relax all under one roof. This repositioning project is the most comprehensive in its history and elevates it back to the status of Munich’s most exciting shopping mall.” 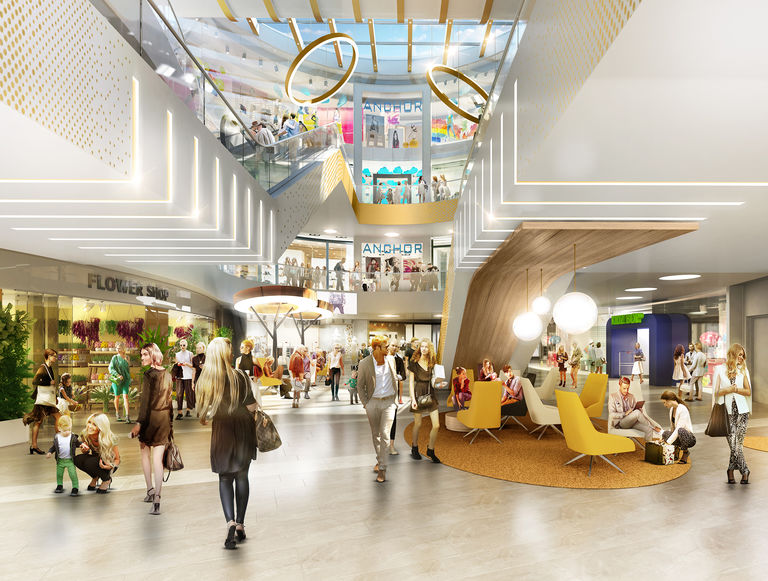 Director of Architecture Ana Martins, who led the design project for Broadway Malyan, said the overall strategy was to create a series of zones within the mall where the interior design graded from a young and fresh design to a more mature and sophisticated look and feel.

She said: “The mall had a soulless and cold atmosphere with uninviting seating areas and anonymous spaces that we felt had lots of potential. There was a lack of differentiation between the spaces and the malls and we felt this was contributing to a poor guest experience.

“As part of the repositioning we created more comfortable seating areas and created a strong visual connection throughout the mall so that there is a strong link between the new extension and the existing retail area while there are clearly differentiated zones, all of which has created a much more uplifting atmosphere.

“In terms of materiality we have a taken a softer, warmer approach to the previous interior and used a lighting strategy that creates a consistent language throughout while also emphasizing movement and flow.

“The design strategy was also to create something that was memorable as well as surprising for guests so the interior also includes feature walls, interesting treatments of the columns and concept elevators as well as a spectacular centrepiece skylight feature in the mall’s main central domed atrium.”

“The design strategy was also to create something that was memorable as well as surprising for guest”
Director of Architecture Ana Martins, Broadway Malyan