On winning an international design competition, Broadway Malyan was appointed by Calgary Municipal Land Corporation to regenerate East Village, a neglected neighbourhood located on a brownfield on the downtown edge by the Bow River.

A new life for Calgary

The masterplan preserved the historic street grid, while forging a diagonal pedestrian link connecting Stephen Avenue with the riverside promenade and a new park linking with surrounding communities.

Our expert masterplanning team led the project and created a sensitive and desirable vision of a revitalized East Village – a new urban village – which incorporates existing buildings, addresses new pedestrian and vehicular connectors, and incorporates landscape features in a unique, compelling manner.

“The masterplan for East Village is a holistic vision which sets standards for streets, building types, size and type of development projects, and addresses the need for an active and engaging public realm.”
Susan Veres, vp, Marketing and Communications, CMLC

The masterplan for the revitalization of East Village started its implementation in 2012 with the announcement of two major mixed use projects which combined will deliver 1.4 million sq. ft. of development and the first new development within the neighbhourhood in over a decade. 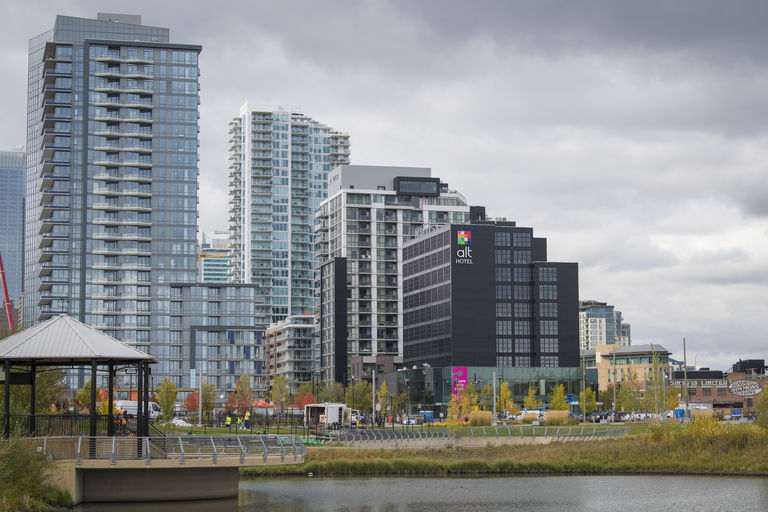 The vision delivered by our expert masterplanners in partnership with CMLC has stimulated some enlightened development projects which are rapidly converting East Village into a vibrant urban village.

The vision delivered by our expert masterplanners in partnership with CMLC has stimulated some enlightened development projects which are rapidly converting East Village into a vibrant urban village. 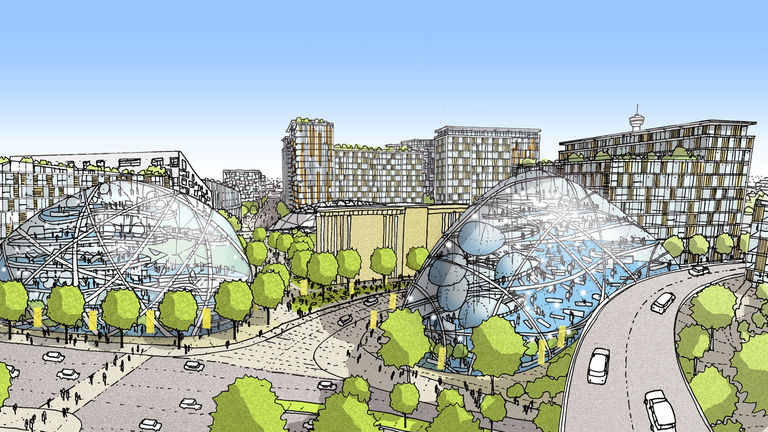 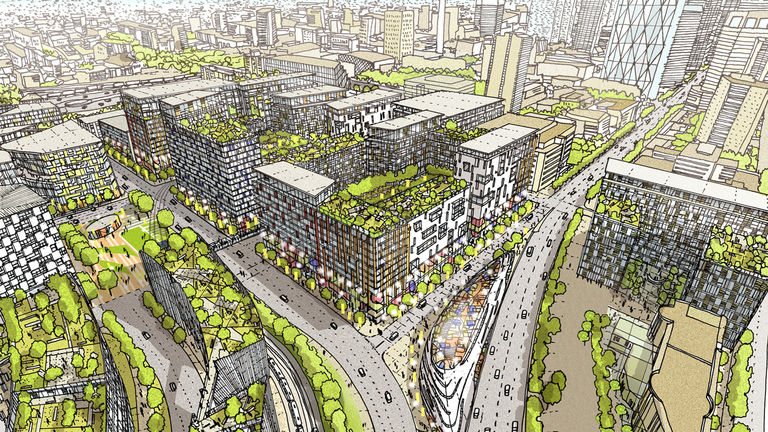 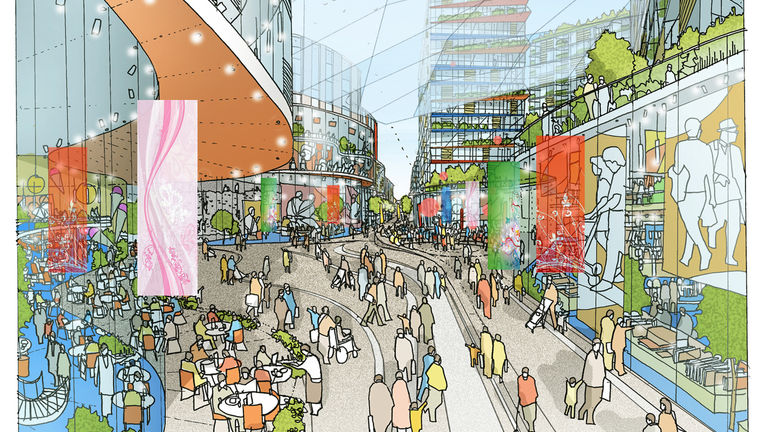