When Dubai’s City Centre Deira first opened its doors in 1995 it was the flagship mall in the United Arab Emirates.

Located on a crossroads between Sharjah and the city airport, it became one of the most famous shopping destinations in the region and was top of the list for any visitors to the emerging emirate state.

In the quarter of a century since, Dubai has seen an explosion of development with City Centre Deira superseded by multiple retail destinations, including Dubai Mall, the world’s largest shopping complex and the gateway to the world’s tallest building Burj Khalifa.

In a bid to maintain its market share, City Centre Deira has seen a number of major interventions over the years and two years ago Broadway Malyan was commissioned by owners MAF carry out a major repositioning project to help drive fresh footfall at the mall. 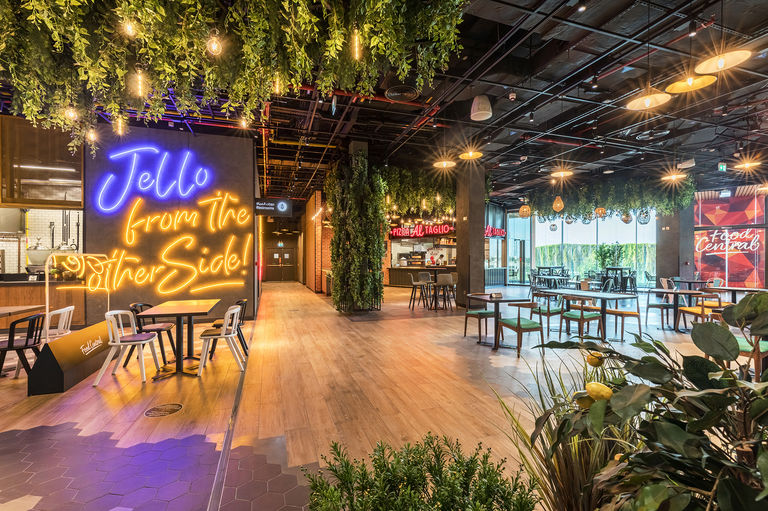 With the latest retail trends increasingly pushing for environments that truly engage with customers and provide them with a range of experiences and interactions that make their visits more than just shopping, our strategy was to create an innovative food hall concept called Food Central.

Food Central redefines mall dining by creating an authentic gastronomic experience with multiple live cooking areas where diners are immersed in the theatre of food from cuisines inspired by both local and expat communities.

Part of our commission was also to examine opportunities that could activate the space above the food hall as well as filling the empty space on the upper level that had previously been a Debenhams department store.

For us this was fantastic opportunity to take a blank canvas and introduce something totally innovative, visually interesting, highly interactive, family orientated and absolutely unique in the region. 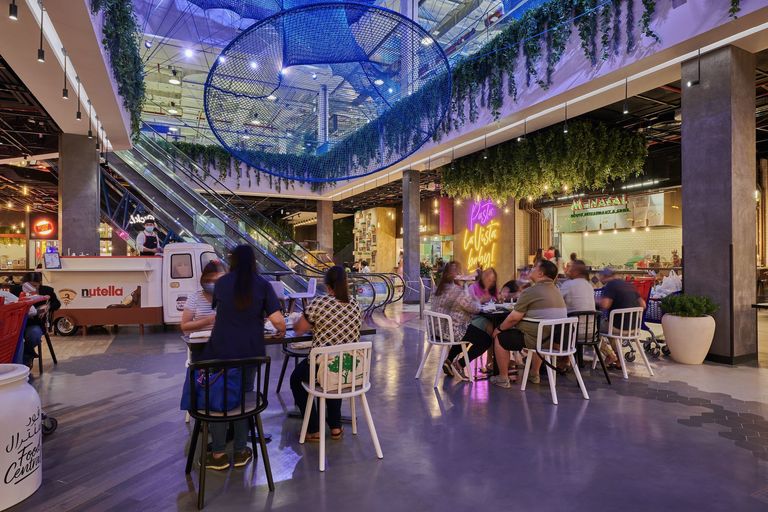 Numen/For Use is a collective of industrial designers working in the fields of conceptual art, scenography and industrial spatial design whose impressive work has adorned some of the most beautiful spaces in the world and so we proposed introducing a new artistic component that would not only further transform the new space but completely differentiate the new Food Central.

The proposal was completely understood and supported by MAF and we were then tasked with establishing initial conversations with the artist Christoph from the collective and convince an internationally acclaimed artist of the merits of producing a bespoke piece to form the new centrepiece in what was a very untraditional artistic environment.

We then defined and developed Christoph’s brief, worked alongside the artist through the project development, managing the design process from its inception right the way through to the delivery of what was an incredibly ambitious undertaking.

As designers we were able to engage Christoph on an artistic level, understanding and respecting his creative principles and provide him with the necessary creative freedom to deliver the best possible outcome while ensuring the project was technically possible within the space, commercially viable and successful from a retail perspective.

The challenges of the project were exacerbated by the restrictions in place due to Covid with Broadway Malyan managing the artwork design in Austria, its development in UAE, Austria and Germany, its manufacture in Spain, its assembly in Austria, its shipping and approval in Dubai and then its installation on time for the launch of Food Central.

Logistically, projects do not get much more complex than this, but the result is a visually stunning interactive installation that has created a fantastic new layer of interest at Deira City Centre with people talking about it again like it was 1995.