Hefei is the capital city of China’s Anhui Province. Known for its history of agriculture, manufacturing and research, the city is near to Lake Chao and has a number of rivers running through it, including the Nanfei River.

Built on a new site, the mall was designed to respond to its natural context to give it a distinctive sense of identity. Large outdoor spaces provide leisure and social opportunities for visitors and connect the mall to the wider urban area.

The mall is positioned as a leisure and shopping destination for young families, so a vibrant, enticing architectural and landscaping design was important. The mix of uses and tenant profile were also carefully decided with this in mind.

The office tower, which achieved a “Green Star” rating, rises to 150 meters in height and has an impressive 70% area efficiency. The office space has been designed at Grade A standard to attract high-end occupiers.

A place of contrasts

Broadway Malyan deliberately adopted two contrasting styles for the office tower and shopping mall, with an angular silhouette and clean lines for the tower and a more fluid approach to the retail block.

The inspiration for the mall was both the site and Hefei’s proximity to water, with the curve of the façade inspired by the ebb and flow of water, as well as the contours of the land.

The texture of the façade maintains this approach, with the curves and surface of Lake Chao providing the inspiration for the materials used, with reflectivity being a key component. This influenced the choice of glazing and the use of coloured metal panels and metal fins to add depth to the design.

For the tower, it was decided to design something contemporary that would evoke the buildings found in international financial districts. This led to a simple, clean design that would be a subtle addition alongside the more colourful retail mall. 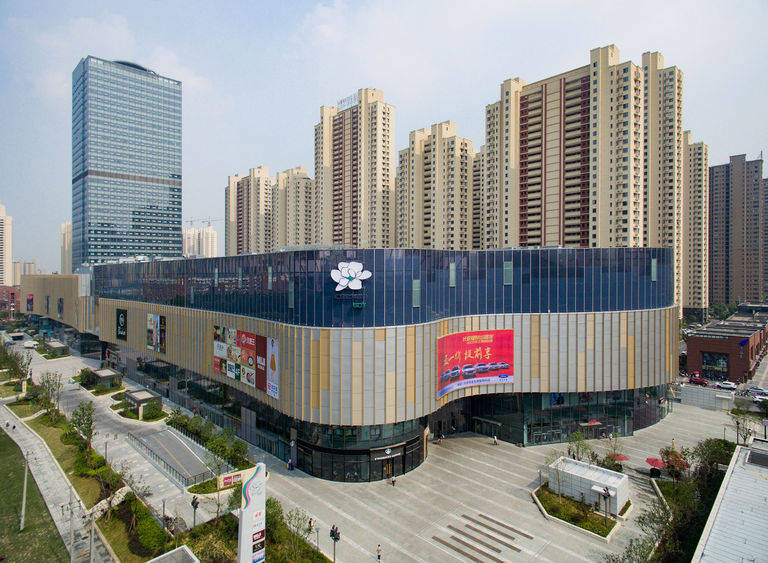 The masterplanning approach to the site carefully considered the relationship of the individual buildings while the original layout was inspired by the historic textures and contours of the site’s agricultural land.

The site is connected to a Metro station and integrated through well-designed public realm and landscaping that highlights the contours of the site and carefully considers the relationships between the different buildings, creating enticing streets to draw people into the area. The trees and seasonal plantings used were selected to evoke the picturesque mountainous landscape to the west of Hefei.

“"It is positioned as a leisure and shopping destination for young families, and the mix of uses and design was carefully thought out to ensure that they all complemented each other."”
Sean Li, director, Broadway Malyan

ID Mall is one of the first projects to be completed in the BinHu development zone. It is hoped that it will be the catalyst for future development and there are already signs of success, attracting a number of international brands to the scheme and achieving a high level of footfall.

It has also been recognised for an award, receiving the Gold Prize at the MIPIM Asia Award 2017 for Best Mixed Use Development. 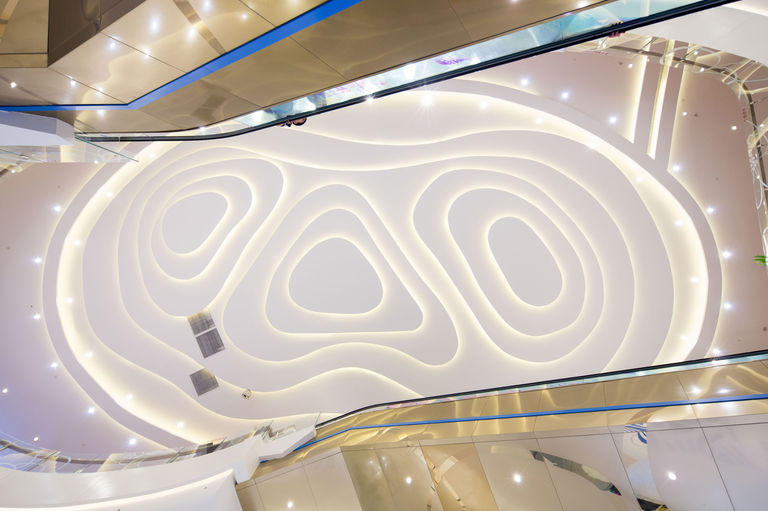