The St Dunstan's scheme provides 147 new apartments on the southern edge of Woking town centre, one of eight major new developments set to transform the town. Just a few minutes walk from the train station, the development articulates a new pedestrian route to the southern approach to the station.

The scheme consists of a single tiered block rising from seven storeys along its eastern edge to 12 storeys at its highest point along its western edge. The development consists of 147 apartments including 85 one bedroomed apartments, 57 with two bedrooms and six with three bedrooms including a handful of penthouses and duplex apartments.

Each of the apartments includes theatre balconies while the top floor apartments along the western edge of the development feature private terraces overlooking a landscaped roof garden. At street level a major landscape scheme features an internal courtyard garden for residents, with a range of green elements around the building to mirror the frontage of adjacent housing as well as new seating for people to capture the sunlight throughout the day along its south east corner.

A streamlined palette of materials has been used throughout, such as brick, metal cladding, perforated bronze cladding and glass with simple elevational rhythms which link the building’s façade to the surrounding context.

The longest façade along the southern edge of the scheme has also been divided into three street bay elements to reflect the three houses opposite while also emphasising the building’s vertical proportions.

Broadway Malyan has also designed a new 12-storey residential tower in Woking on the site of the former Rat and Parrot which received planning consent in December 2016. 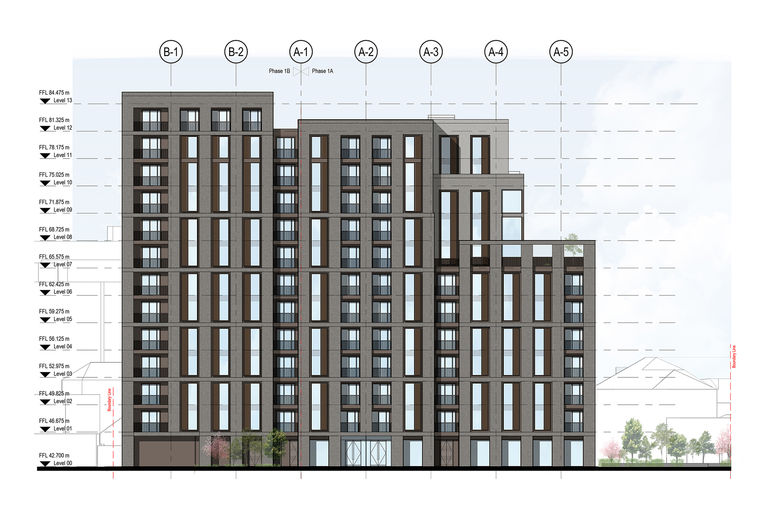 “Harrington Place encapsulates our ambition to develop a built environment that meets the needs of the community, whilst taking every opportunity to contribute positively to the environment in doing so.”
Mark Rolt, Chief Executive Officer, ThamesWey 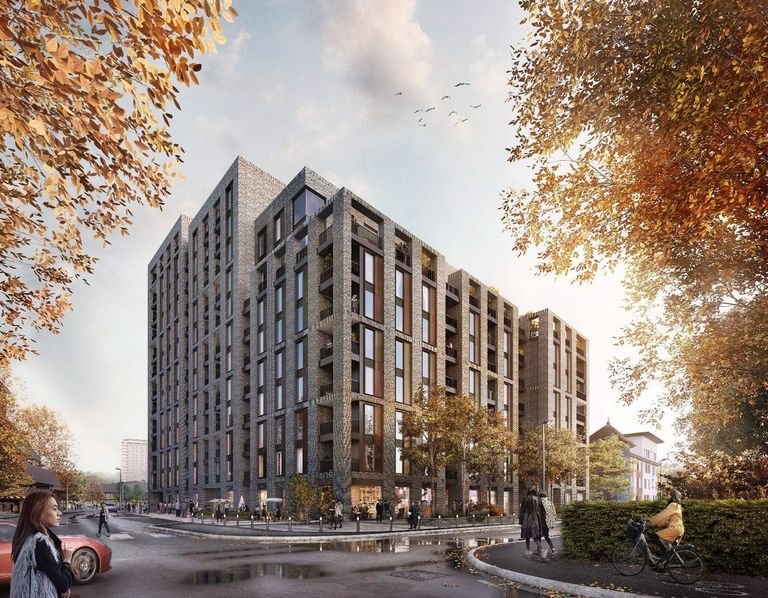