Broadway Malyan was commissioned by Costco to transform a unique UK warehouse for their latest retail operation.

The warehouse in Stevenage on the outskirts of London was originally designed for retailer John Lewis by Yorke, Rosenberg and Mardell in collaboration with celebrated Mexican/Spanish engineer and architect Felix Candela.

A brilliant architect, engineer and mathematician, Candela is often called a structural artist, and made a significant contribution to modernist architecture through his work developing thin shells made from reinforced concrete, breaking away from traditional forms such as the cylinder and pioneering the use of the hyperbolic paraboloid.

These inverted umbrella-shaped forms – also known as hypars – became Candela’s trademark and were used to roof numerous well-known religious buildings and a vast number of industrial buildings during the Mexican industrialisation era.

The John Lewis warehouse was originally designed in 1963 and was Candela’s only UK building to use this innovative roof structure, leading to the building being Grade 2 listed in 1995. 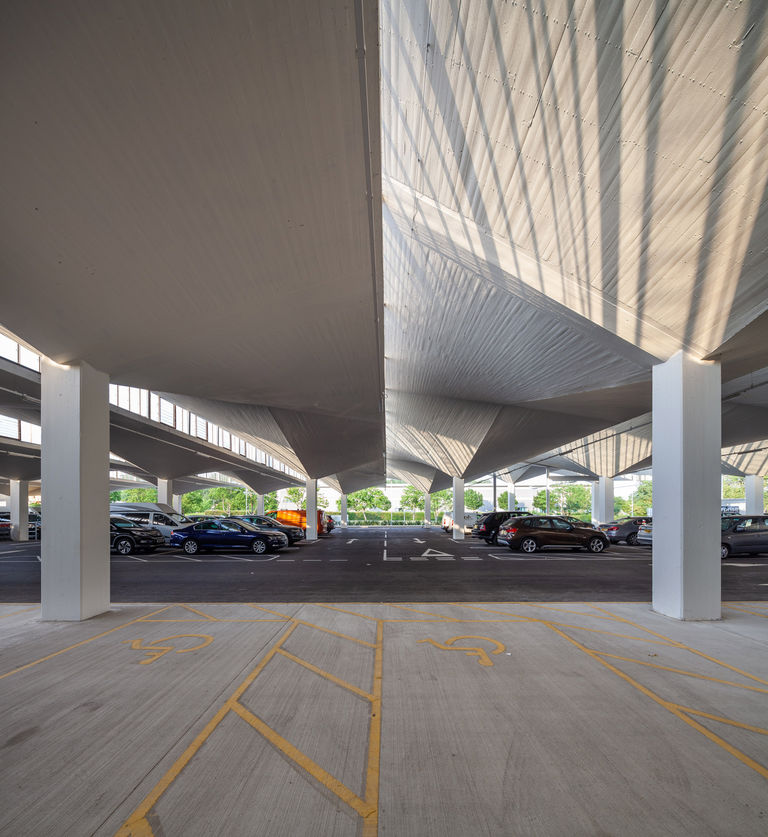 The original warehouse had evolved over a 30-year period with a number of modern extensions and additions so following Costco’s acquisition of the building in 2016, Broadway Malyan proposed a design strategy to demolish much of the modern additions to the original structure.

Most importantly, the strategy would see the retention of the board-marked reinforced concrete, the hyperbolic paraboloid umbrellas and the central support columns as well as the brick external wall to the west.

While Candela wasn’t the originator of the hypar, his subtle touches advanced the style significantly. For example, at Stevenage, the columns supporting each hypar roof section are placed slightly off centre and the sections are slightly tilted. The hypars connect laterally, but gaps are formed between the leading and trailing edges along the length of the roof. Windows cover the gaps, allowing natural light into the building. 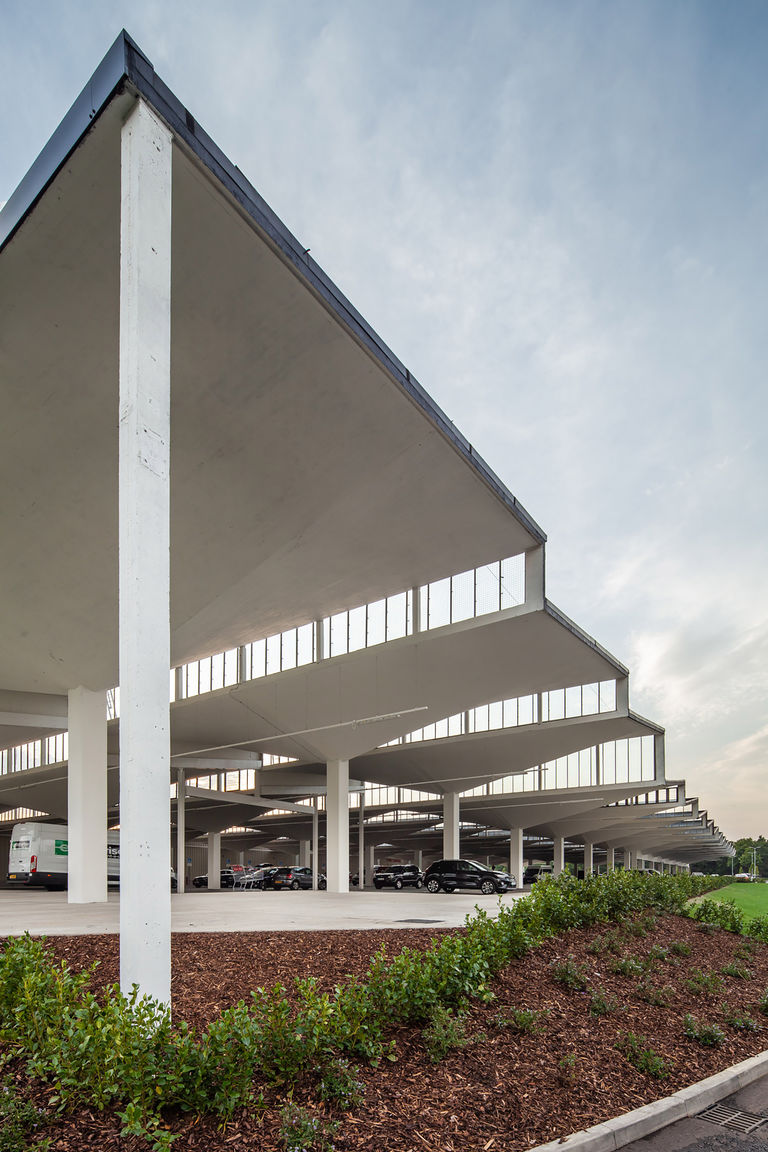 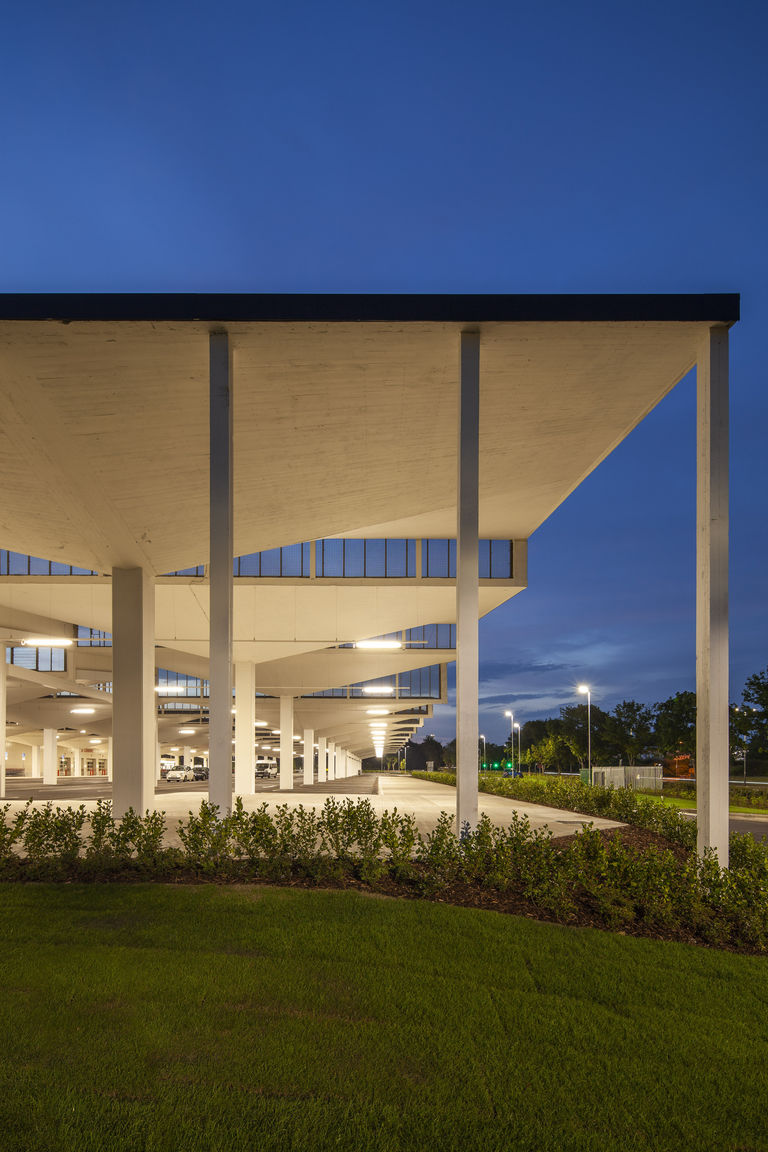 Following the demolition, a new building perimeter was constructed around the original concrete structure to accommodate Costco’s requirements of a warehouse floorplate of 14,000m² with 600 car parking spaces. This included a 600mm concrete plinth about the base of the north, west and southern boundaries and a new steel frame to accommodate a trapezoidal cladding system in standard Costco cream.

The front apron was designed to naturally form a collective meeting place within the site with all members entering and leaving the warehouse from the north-eastern corner. The entrance lobby and the new loading bays on the south elevation are the only elements of the new warehouse which are outside of the existing high and low bays frames with the majority contained within the vaulted roof. 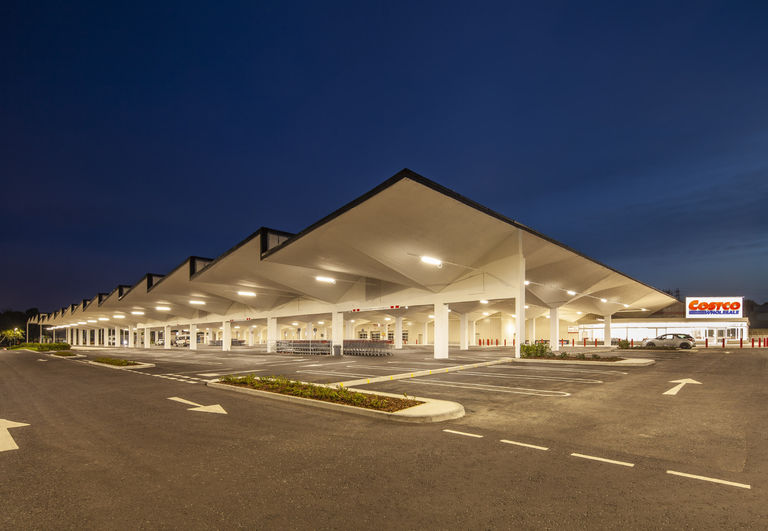 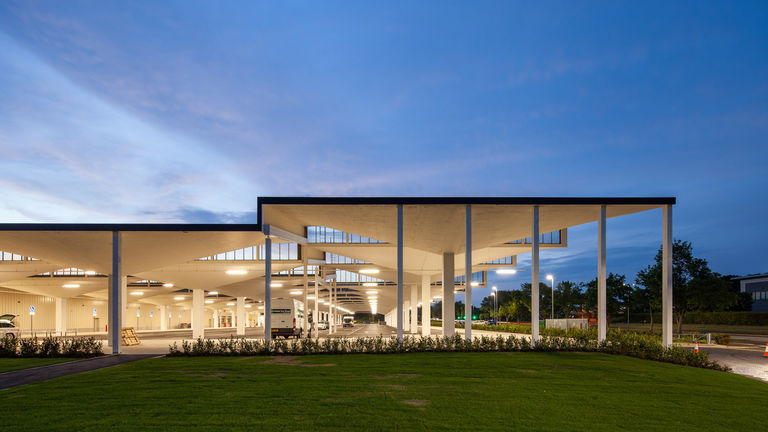 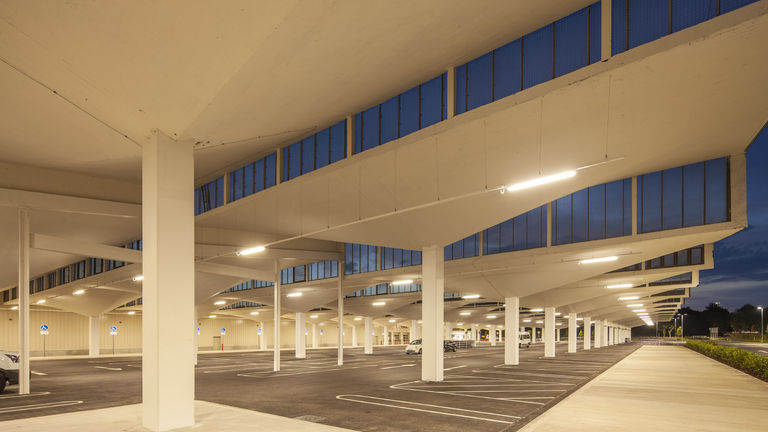 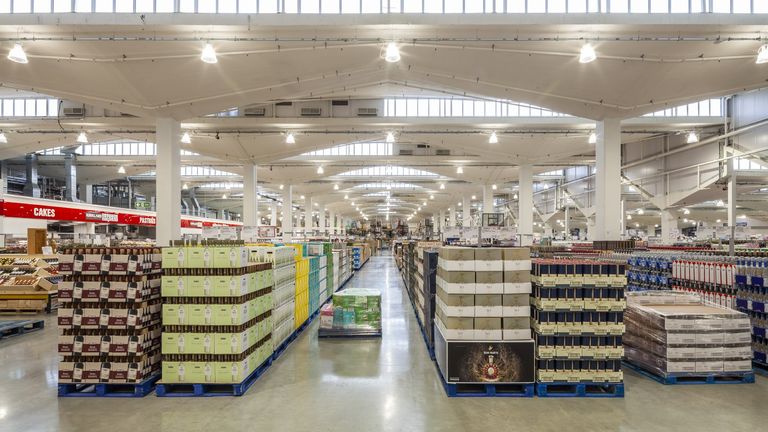 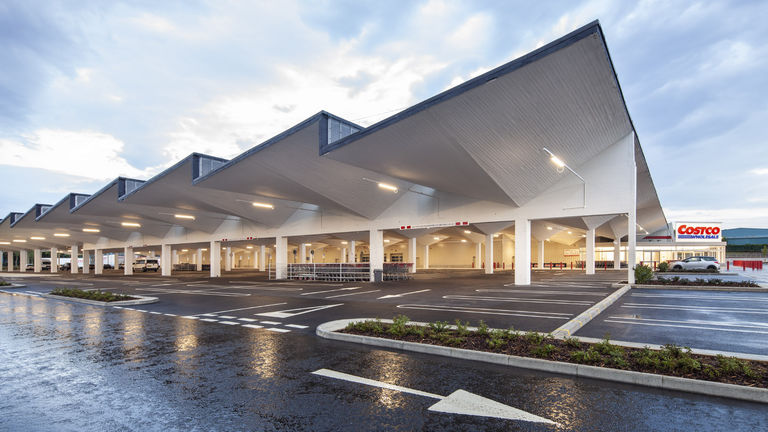 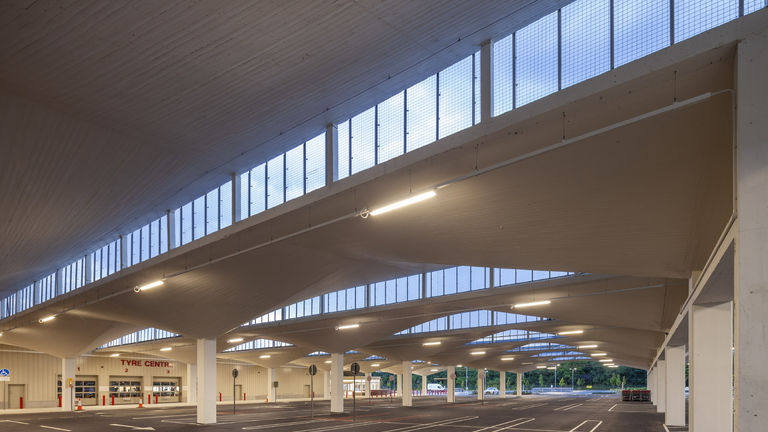 The main design feature of the project saw the original loading bay along the eastern edge of the building removed as well as the internal wall which was set right back to create a new covered car park and exposing the elegant internal hypars to the public for the first time in more than half a century. 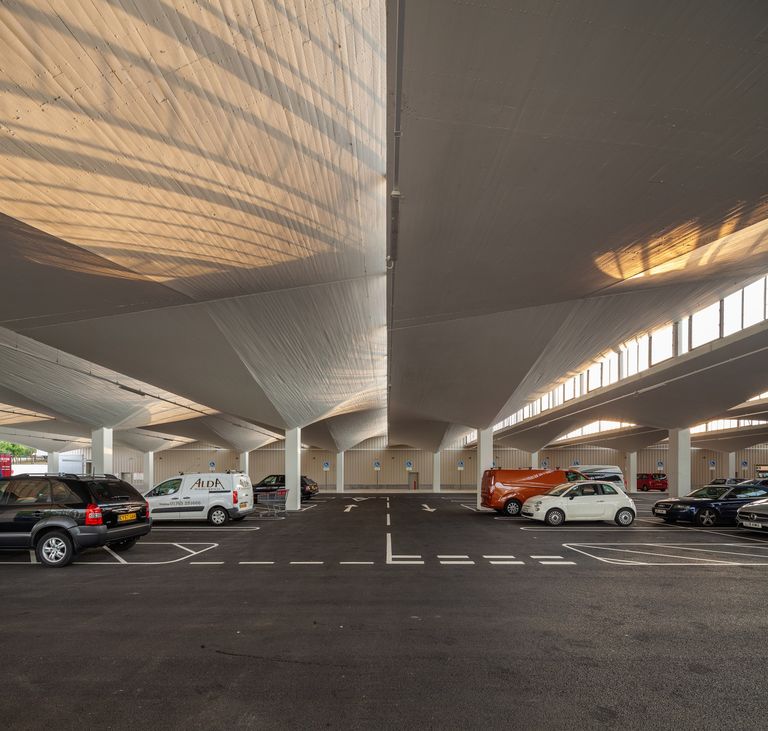