John was a partner at Foster and Partners where he worked for fifteen years. At Foster and Partners, he was responsible for many of the buildings which Foster’s delivered in the City. These include 33 Holborn, 10 Gresham Street, 100 Wood Street, No 1 London Wall, 51 Lime Street, The Walbrook Building and The Spitalfields Development. In addition, he worked on projects internationally including Chep Lap Kok Airport in Hong Kong, the Kogod Courtyard for the Smithsonian in Washington.

In 2005 John joined Rafael Vinoly Architects as London Director. He was responsible for all projects coming out of the London office including, 20 Fenchurch Street, The masterplan for the redevelopment of Battersea Power Station, and The Mathematical Institute for Oxford University.

In 2010, John formed Pringle Brandon Drew with William Poole-Wilson. John designed buildings in Oxford and Cambridge, The Stage Shoreditch, Fleet House for the City of London and 150 Holborn.

John’s interests are in urban regeneration and sustainable design, he has a wealth of experience working on the City Fringe in London and in reinvigorating damaged urban fabric to create better places for people to live and work. He is passionate about sustainability and delivering a viable future. 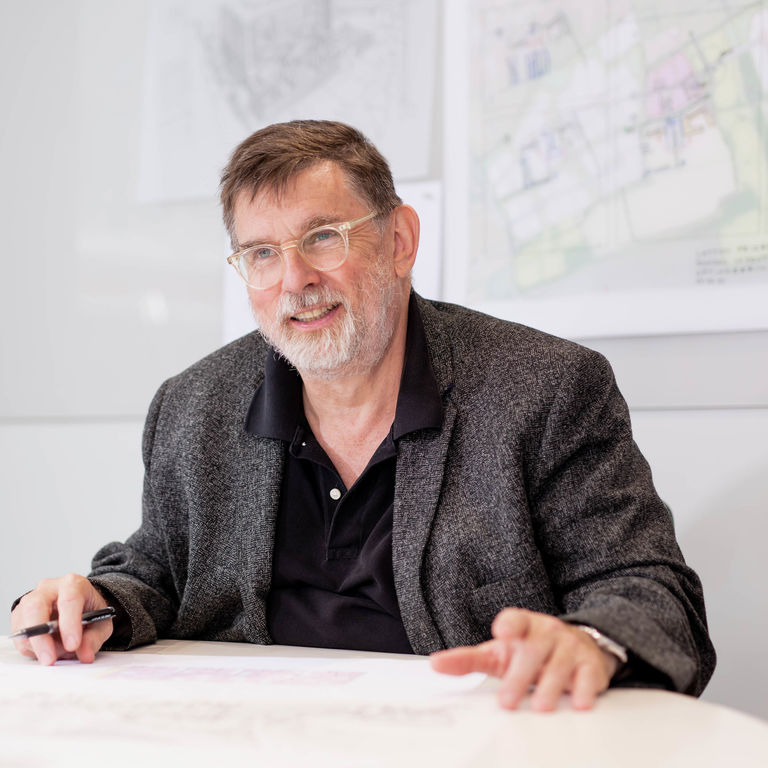