A new lifestyle-led shopping mall inspired by its location in Warsaw’s historic green residential district and the city’s former largest steelworks has been launched to the public.

The new Galeria Młociny is one of Poland’s largest shopping centres and uniquely, as well as providing a world-class shopping experience, the centre includes the biggest food, drink and meeting zone in Poland.

Broadway Malyan was commissioned by EPP and Echo Investment to design the 6,000sqm sqm food court, which takes up the majority of the second floor of the development, as well as a 2,300sqm outside terrace.

The food area, which can seat up to 1,500 diners and is called Spotkania I Dania, is split into three different zones and will include 36 different food outlets, a series of vintage food trucks as well as co-work space and links into a cinema and dance school on the same floor.

“Galeria Młociny is not a retail mall in the traditional sense but a response to evolving lifestyles and a reflection of how people increasingly want to spend their free time,” said Broadway Malyan director Robert Kamiński.

“Our approach was to create a series of experiences, whether that is enjoying a meal with friends suspended above the shopping centre floor or attending an open-air comedy performance, all within a series of vibrant, exciting but contrasting environments.

“The gastronomy zone is a place full of character where people want to spend time and return to with their friends while the layout offers customers a range of different activities to further extend dwell time.”

The main inspirations for the different zones in the food area were Bielany, a district of Warsaw associated with greenery, a place of rest and entertainment which has been popular for picnics, festival and feasts since the 17th century, and Huta Warszawa, a district synonymous with the steel industry since the end of World War Two. 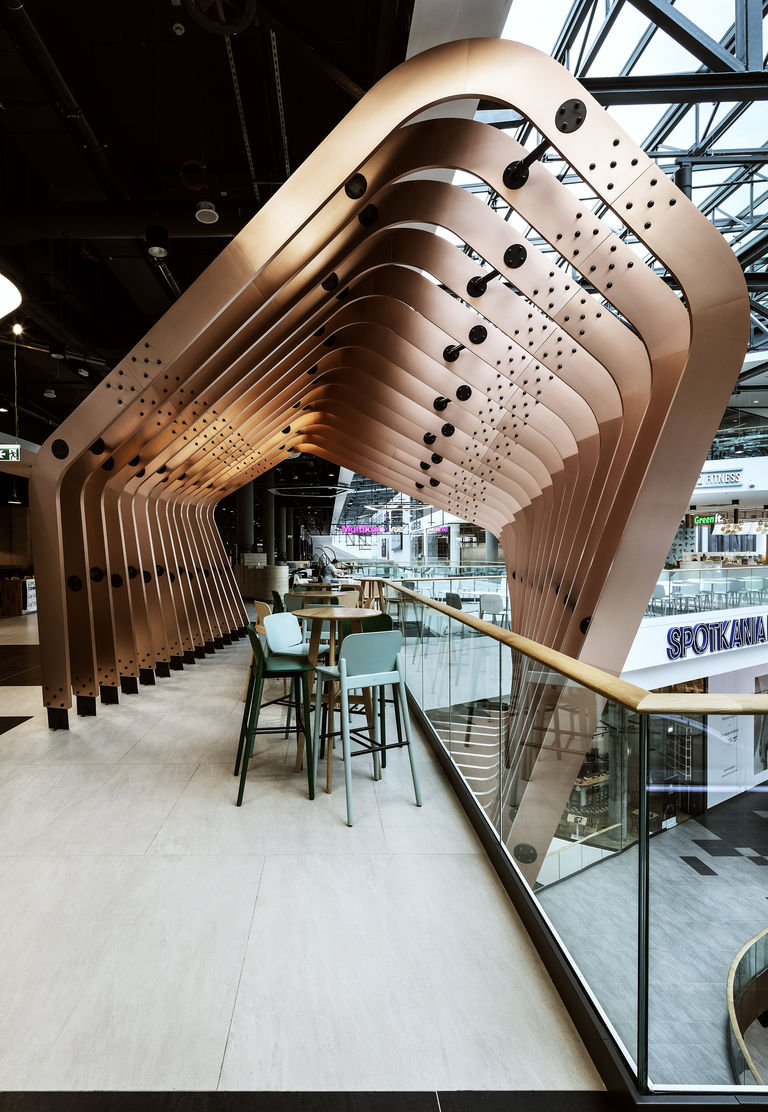 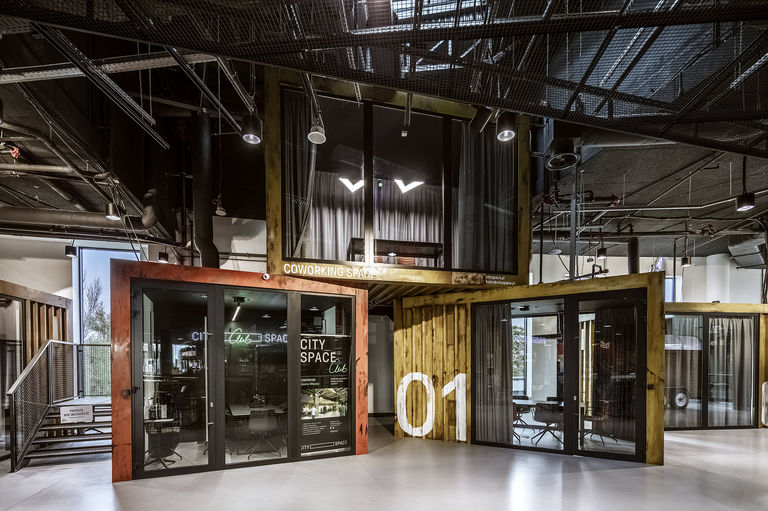 Krzysztof Mirosłlawski, who led the design project for Broadway, said the project aspiration was to bring the atmosphere of eating out at street bistros with lots of greenery, street art and live street cooking.

He said: “We wanted to create something that was completely fresh and so looked at local inspiration to inform the design, rooting the scheme within the context of its surroundings and providing spaces that were authentic and recognisable to its users.

“We live in a world of rapid change, where people are motivated by moments and memories and want to be inspired and intrigued so our design focused on spaces that each offered a different feeling and catered for different moods.

“The first space – Karuzela – is the invitation to the whole food court zone. It includes a series of striking copper clad ribbed cages for diners that overhang the main atrium and retail area and a swarm of bespoke light fixtures entice customers as they travel up the escalator to the gastronomy zone. This zone is inspired by the local Bielany feasts and serves as a family zone with a wide choice of popular restaurants within a vivid but relaxed atmosphere.

“The second zone – Dechy na Bielanach - evokes a more homely and informal atmosphere and is more focused on leisure and younger customers with neon lights and graffiti by Polish and Portuguese artists. Within this zone we have created an unusual seating solution inspired by games like Minecraft where people can freely choose their relaxed spot to eat. 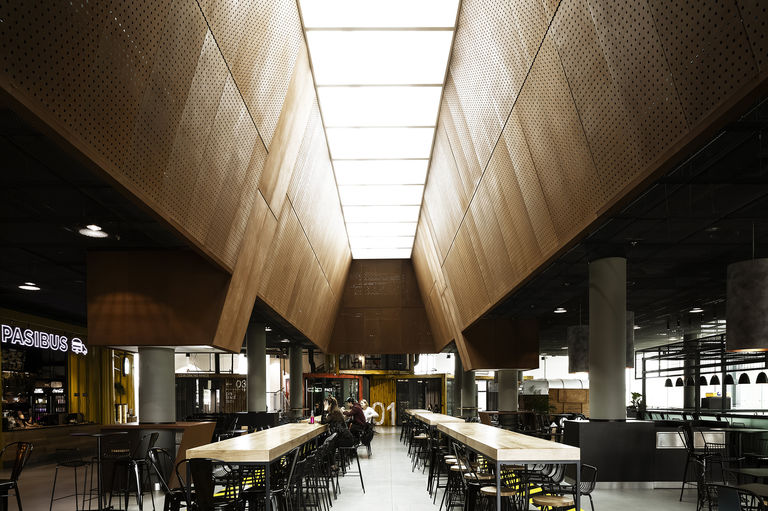 “This middle zone also has a wine bar and two gastronomy units that face internally and also outside to the external area which has been divided into a garden zone with more than 1,500 shrubs and trees and a hard landscaped terrace, ideal for meeting area in the day and for events and concerts at night, as well as a children’s playground.

“The third space – Hala Hutnik - is more industrial in its look and feel with rough concrete, simple furniture, steel cladding and colours that evoke the drama of the ovens and furnaces of the steelworks while the food offer here will be more focused on modern tastes such as fusion, vegan food and craft beers.” 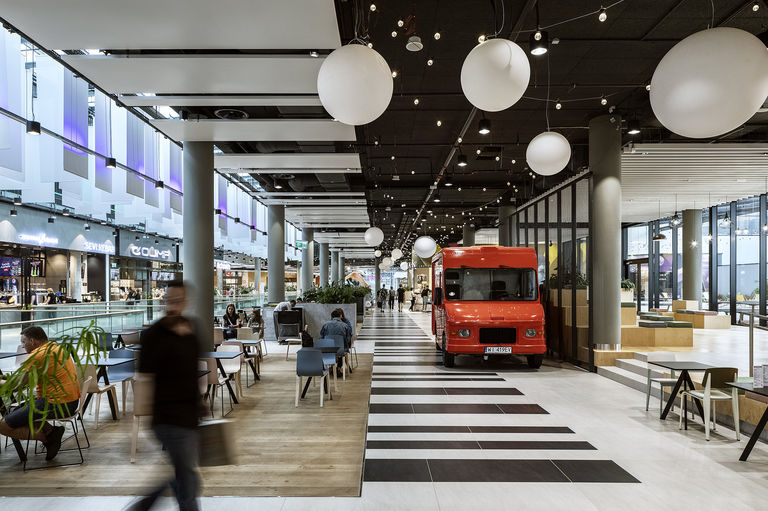 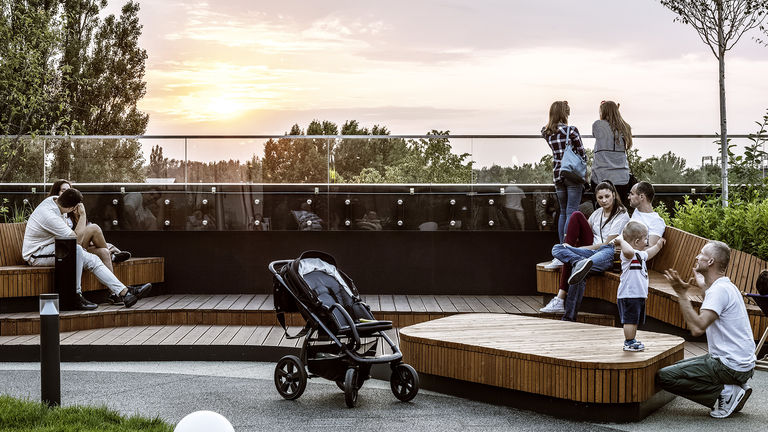 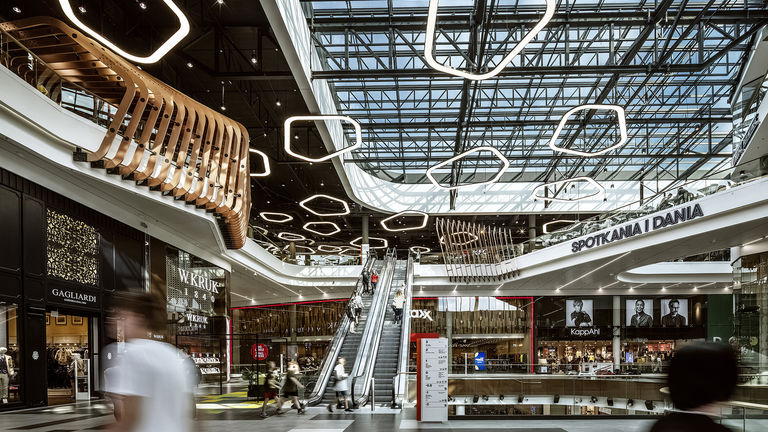 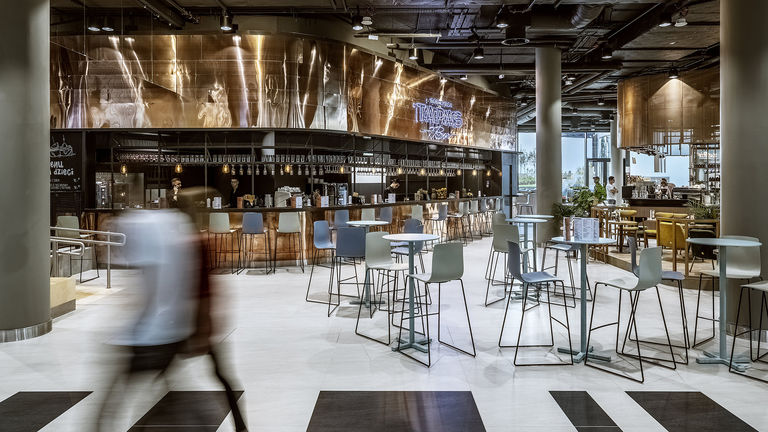 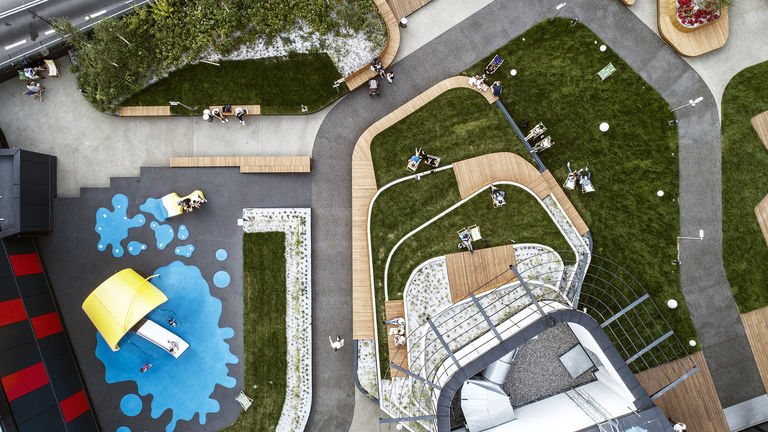 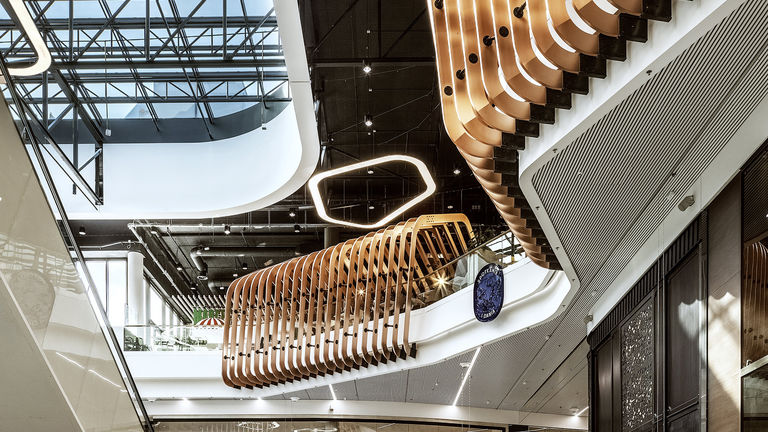