There is no quick fix to the UK’s housing crisis.

The last decade has seen myriad initiatives come – and often go – without any real dent being made in the housing shortfall.

Development on the scale necessary to achieve the predicted 200,000 new homes needed every year to fulfil the UK’s housing needs can only be achieved through bold and decisive policy making and strong political support. The move towards a localism agenda in recent years has often acted to stifle rather than energise the drive for more housing development where it is most needed. 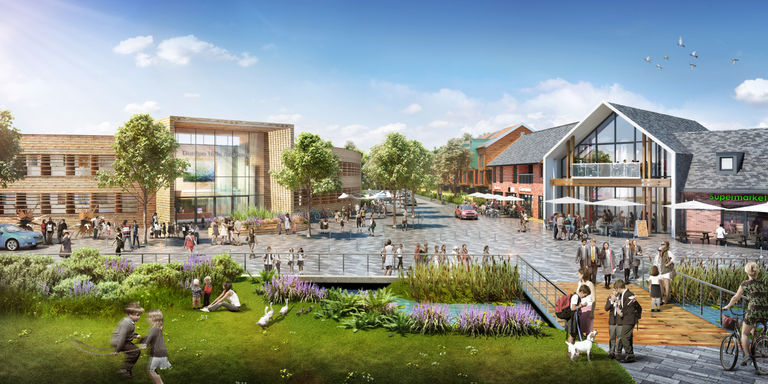 Over the last 10 years, co-ordinated regional spatial planning has been replaced with a “bottom-up” approach where local planning authorities work, nearly always, within their own boundaries to achieve (or often not) their housing targets. As a result, large-scale, co-ordinated and coherent strategic development proposals, such as new settlements, have stalled.

Ensuring housing is developed where it is most needed and supported by the necessary infrastructure rather than where it is most convenient is absolutely critical if it is to support the UK’s long term economic well-being.

Developing a range of housing sites – be they brownfield, greenfield or within the Green Belt – will all have an important part to play in tackling the housing crisis and that is why the Government’s recent announcement on Garden Villages has to be welcomed as an important piece in the housebuilding jigsaw. 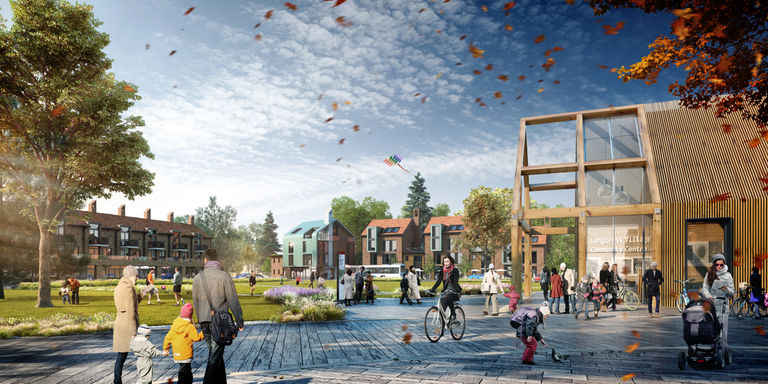 Broadway Malyan has been involved in masterplanning two of the 14 Garden Village sites identified this week by the Government – Dunton Hills in Essex and Longcross in Surrey – and both settlements have the potential to have a substantial and positive impact in terms of delivering quality, liveable and highly sustainable new communities. Broadway Malyan has also been involved in masterplanning a significant part of the new Hertfordshire-Essex Garden Town.

The majority of the sites identified, which range from Cumbria to Cornwall, are currently on greenfield or Green Belt land so there will be no lack of dissenting voices as the settlements move through the planning process, but Government support for the sites should not be underestimated.

All local authorities were tasked with identifying sites that had the potential to become Garden Villages so there has already been a significant process to determine general suitability and commercial viability to arrive at this stage. With a supportive Secretary of State onside, there is much to be optimistic about in terms of delivering these new settlements within a realistic timeframe.

The failure of New Labour’s Eco-Towns initiative and the lack of traction in progressing new Garden Cities such as Ebbsfleet should not detract from the potential of Garden Villages, which offer development on a much more manageable scale with tangible results potentially within years rather than decades.

This initiative should not, however, be about trying to recreate the original Garden Cities such as Letchworth or Welwyn on a smaller scale, or twee rural villages in the middle of the countryside. Instead, it should be about developing new communities with easy access to employment in a well-planned and contemporary environment that addresses the needs and aspirations of the UK in the 21st Century.

While Garden Villages will still only deliver a fraction of the UK’s overall needs, there is more chance than ever that these may actually happen.

“While Garden Villages will still only deliver a fraction of the UK’s overall needs, there is more chance than ever that these may actually happen.”