With population growth, housing shortages and expanding urbanisation, our countryside is under pressure, and schemes for new Garden cities and expanding suburbs are being advanced, often within designated Green Belt.

Progress is important. Societies need to evolve and there still needs to be a debate about the part Green Belt plays in this process but there are other clearer opportunities that don’t carry the political baggage. It’s time to properly consider the Grey Belt. 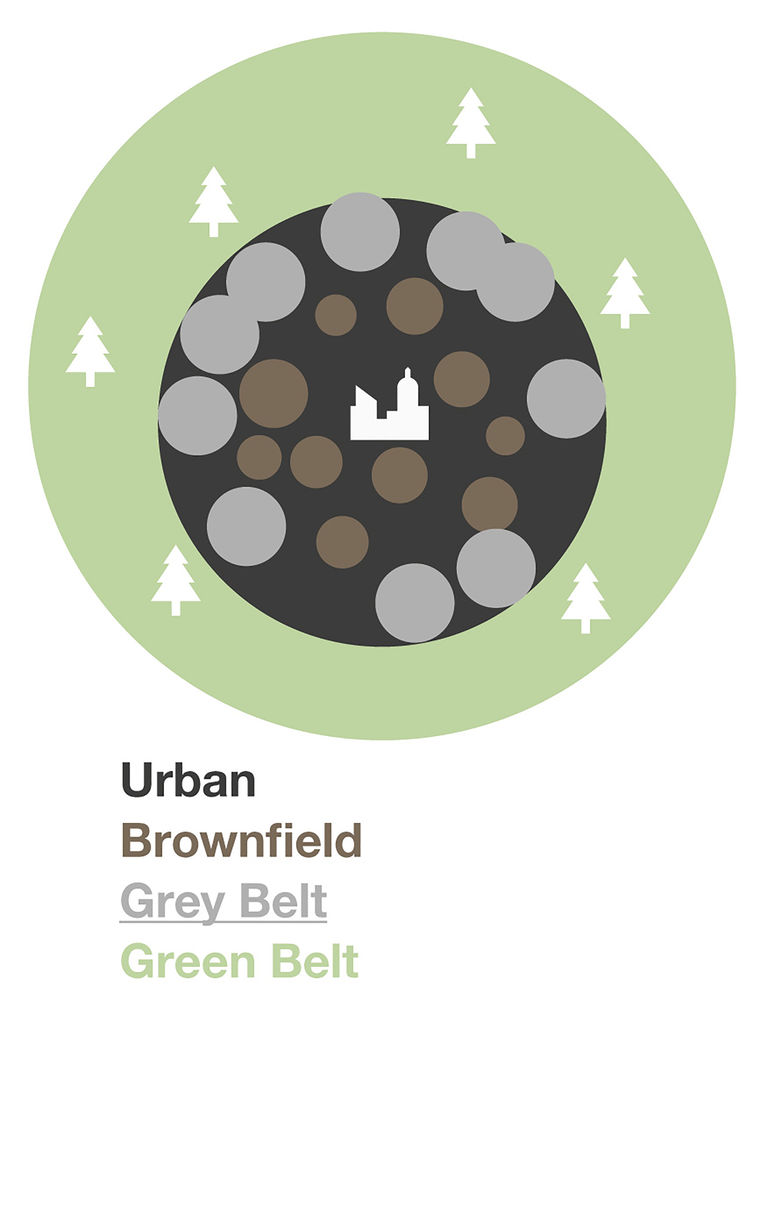 What is the Grey Belt?

In many countries there are acres of under-utilised surface parking and sites of empty or struggling retail park sheds that can be found on the edge of towns and cities.

Now that almost everything we buy can be ordered online and delivered to our homes, there is a decreasing need for street-fronting space for our main retail chains. In the UK’s post-BHS, Maplin, Toys R Us, and shrinking House of Fraser, Debenhams world, it is estimated that an additional 20 per cent of total retail space will no longer be needed in the coming years. Indeed, as of the end of 2018, shops were closing at the rate of 14 per week on average in the UK.

And the amount of space in the UK alone in terms of retail parks is vast. According to The Definitive Guide to Retail Parks by Trevor Wood Associates there are 1,556 out of or edge of town retail and/or leisure projects with a total amount of floorspace north of 300m sq ft or 3,000 Ha with more than 1.6 million customer parking spaces.

Put together, this is the equivalent in size of the Boroughs of Westminster, Camden, Kensington & Chelsea and Fulham combined. Put another way, it is an area the size of Nottingham. 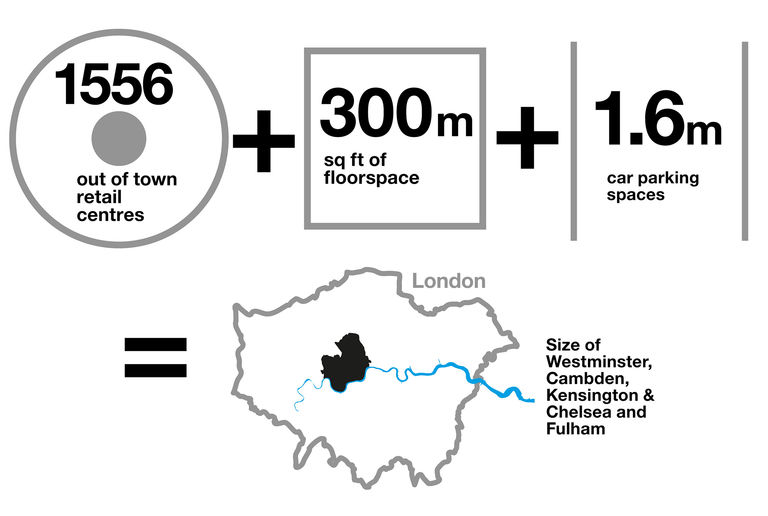 Some retail parks are still able to thrive but many aren’t, and in today’s polarised retail sector, and amid the challenge to successfully integrate online with physical, some of these retail park locations need radically re-thinking.

There is a clear opportunity to re-imagine retail parks, whether that is retaining retail as an anchor in new mixed use neighbourhoods or completely redeveloping the more moribund sites into new urban villages such as the recently approved Abbey Quays scheme in Barking, east London.

This project for Weston Homes will provide more than 1,000 much-needed new homes on the edge of Barking town centre, creating a new residential-led destination with a series of green public spaces and exciting commercial, retail, leisure and commercial uses. Abbey Quays re-invents a failing retail park into a new urban village; a true example of developing in the Grey Belt. 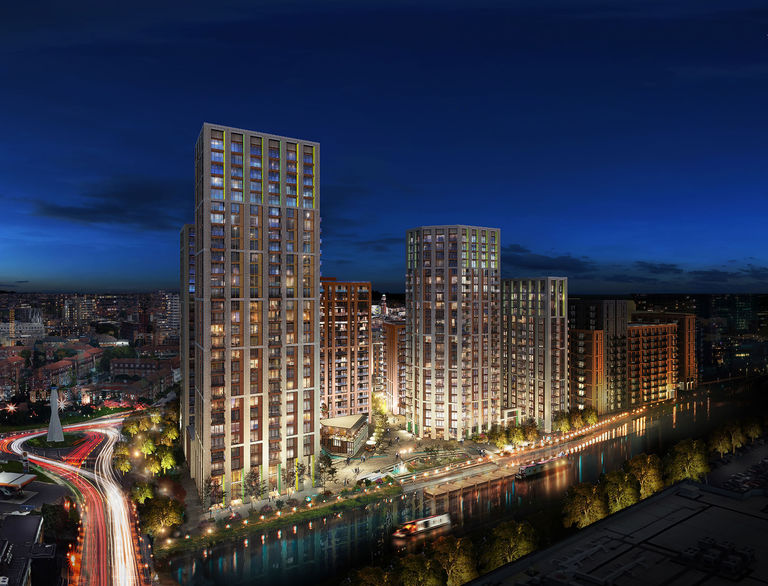 However, the opportunity for many retail parks could also lie in reconsidering the existing retail offer and focusing on creating places that offer richer experiences as well as a wider mix of uses.

Retail warehouses and stores that are too large can be made smaller and replaced by food, leisure, smaller retail and community uses while leisure, workplace and homes can be built above retail parks. The land for surface parking can be re-purposed as landscaped public realm with cars clustered in multi-level buildings that are screened by active frontages. In tomorrow’s car-sharing, zero-carbon world, how much parking will be needed anyway? Reviewing the Grey Belt is an opportunity to re-appraise how we use our precious land.

Bringing homes and workplaces to the upper levels will also bring 24/7 life, local demand and new communities to these locations. Effectively, retail parks can be reverse engineered as new living neighbourhoods to secure their future viability.

“In tomorrow’s car-sharing, zero-carbon world, how much parking will be needed anyway? Reviewing the Grey Belt is an opportunity to re-appraise how we use our precious land.”
Simon Blore, mixed use consultant, Broadway Malyan

The financial imperative is clear - retail park owners are facing a challenge like never before. Well-let and well located retail parks could continue to deliver decent returns but investing in retail parks is carrying an increasing risk. With retailers now requiring shorter leases and lower rents and business rates, the downward pressure on rental income seems inevitable.

The ongoing consolidation of retail space can also free up space for less corporate operators. Some of the soon to be vacant space could be configured to offer short leases, to bring in smaller local businesses that cater for younger people who demand more authentic experiences. Food markets, box parks and makers of products can all be given a home.

What is clear though is that the retail park owners need to adapt. In the future they will need to become curators of experience rather than leasers of space. 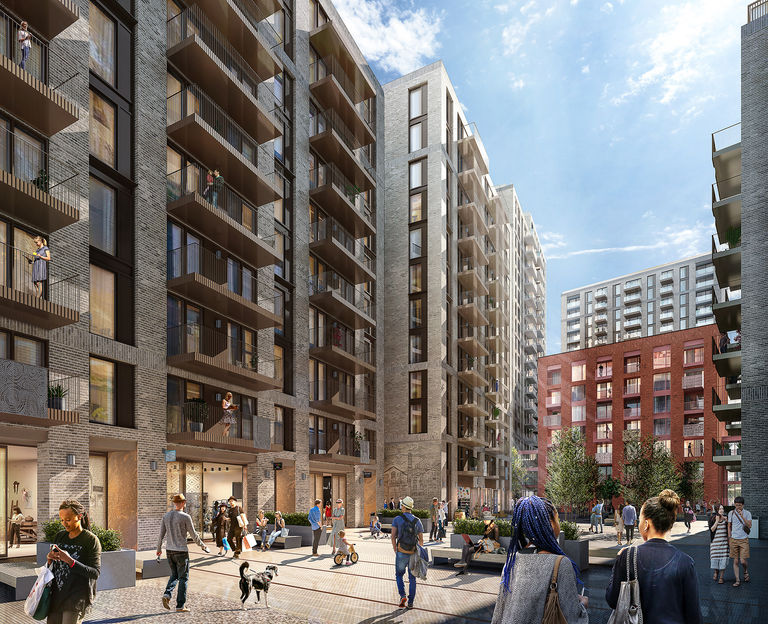 While retail parks and their associated parking occupy 27 square miles, only 11.6 of those square miles, or 43 per cent of the total land area is built on. This is a waste of land.

No-one would call Barcelona dense, (in fact it’s often cited as being one of the world’s most livable cities) yet in its core area, its built infrastructure accommodates more than 50,000 people per sq km – more than double the figure in London. If the built portion of all our UK retail parks at 30 sq km was re-designed at the scale of Barcelona, we could create dwellings, workplaces, and hotels for 1.5m people.

With the UK’s population currently at 66 million, and projected to grow at 0.6 per cent every year (or around 400,000 people), the re-development of our Grey Belt alone would address our current and future housing needs for several years hence.

At a more modest level, in the UK’s towns and not just cities, an acceptable plot ratio is in the order of 0.7 to 1.5, so if we were to apply a 1.5 density to all of the UK’s retail parks, we could create an additional 7,490 Ha of development area, or 806m sq ft, or around one million much needed one and two bedroom homes.

Achieving this shortfall predominantly on Grey Belt land is a clear win/win for both property owners and our communities and it is an opportunity that has not gone unnoticed with the biggest owners such as Aviva, Land Securities and British Land beginning to advance strategies for mixing uses on many of their retail parks. 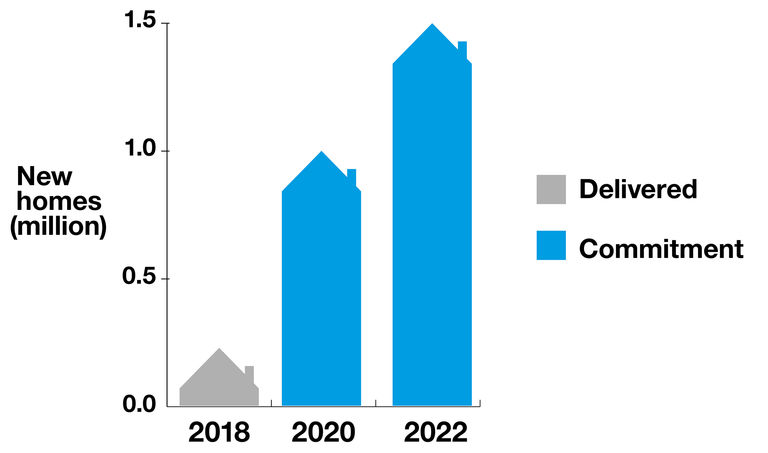 With pressure on housing, new homes could and should be part of the mix. Workplace that utilises air space above the retail will play an important role and then on the ground plane, more A3, leisure and community spaces such as medical, a library and creches combined with increased public realm and landscaping. In certain locations even a hotel could be appropriate.

Proximity to transport corridors and cycle routes could help reduce the need for car parking, and some surface parking could be collected up into multi-level facilities, particularly for use of the home and workplace components. Owners must also factor in the inevitable rise of autonomous cars how that will impact the need for car parking at all.

Two thirds of consumers spent an hour or less in retail parks due to trips being mission driven, so retail parks must work harder to boost dwell time by improving leisure facilities, enhancing the total experience and encouraging customers to shop across multiple retailers in order to increase spend per head.

In fact if the environment – the Place - was more attractive, the research is clear because it tells us that half of consumers are saying they would visit more often. Add this to the potential on-site community of homes, workplace and even a hotel, then both visitor numbers and dwell times could potentially triple.

Retail park portfolios need to be viewed more as land bank and as catalysts for denser and more multi use re-development opportunities. Our Abbey Quays project exemplifies what is possible through comprehensive redevelopment, but a more incremental mixed use densification can be equally as effective. This attitude not only makes economic sense, it also means we can transform Grey Belt into vibrant new communities to contribute to a reversal of fortunes for some of our cities and towns. 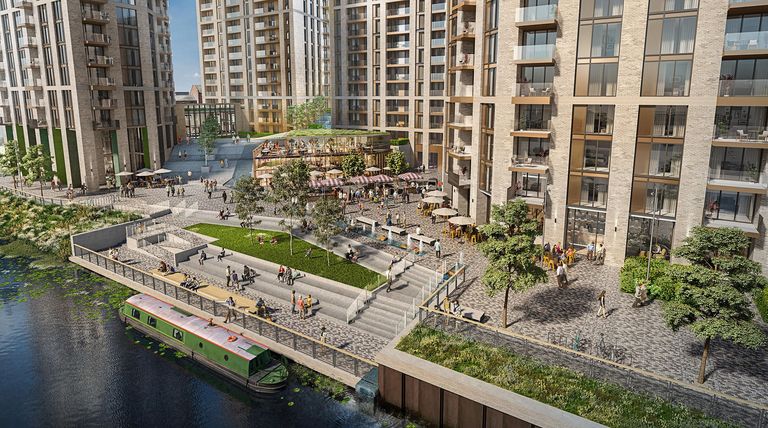