With benefits including a much shorter construction time and sustainable credentials are we about to move into the era of timber buildings?

In 2010, the Singaporean government had an issue. Due to labour shortages, construction demand could not be met. Innovation was needed to make construction more productive and less labour-intensive. A target was set for 40% of construction projects to use more efficient building methods and technologies by 2020. 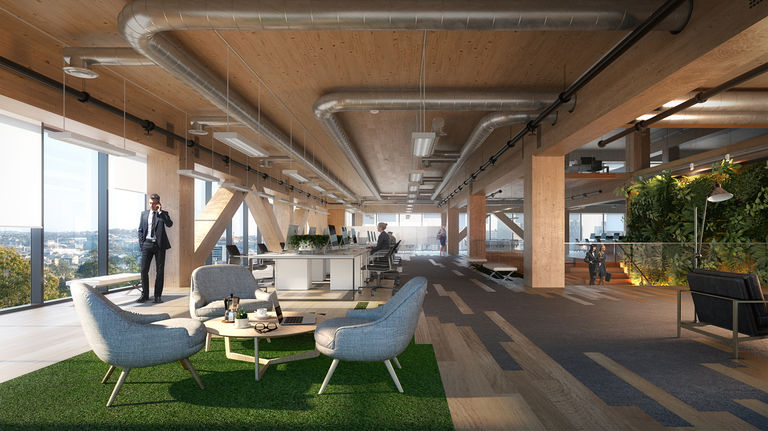 MET involves gluing together panels of timber for strength and stability. Components are fully fabricated off-site before being delivered to site and pieced together. Similarly, in PPVC, steel or concrete based modules are built off-site first, complete with finishes for floors, walls and ceilings.

As developers were already used to building with steel and concrete, PPVC was adopted faster than MET – but things are about to change.

Serena Yap is Technical Director, Building Structural Leader, at global engineering and infrastructure advisory company Aurecon. She worked on one of the first large-scale projects using MET in Singapore; a sports hall for Nanyang Technological University (NTU) called “The Wave” while with her previous company.

“The sports hall has a 72-metre span roof without any internal columns. External columns support seven long-span timber arches,” she explained. “As this was a project of many firsts in Singapore, we collaborated closely with the authorities, client and project team to ensure its viability as a safe, stable and appropriate material for the building. Because of prefabrication, construction was sped up, resulting in labour savings of 25%.

“One aspect that had to be considered with MET was whether Singapore’s humidity would be an issue. It is true that the more moisture that gets into wood, the more it weakens. However, the wood is specially treated so that this is controlled.

“It’s no different from a concrete building really, you still have to design it for its context. A concrete building near the sea will degrade because of salt water. You just ensure that you cater for that within the design and set the acceptable tolerances for the material.”

Serena added that a common perception is that timber buildings will be more combustible. However, wood actually has fire resistant properties – it chars when it burns. At a general charring rate of 0.7 mm per minute, the charred layer offers the resistance required by fire rating codes, protecting the structure from further damage. 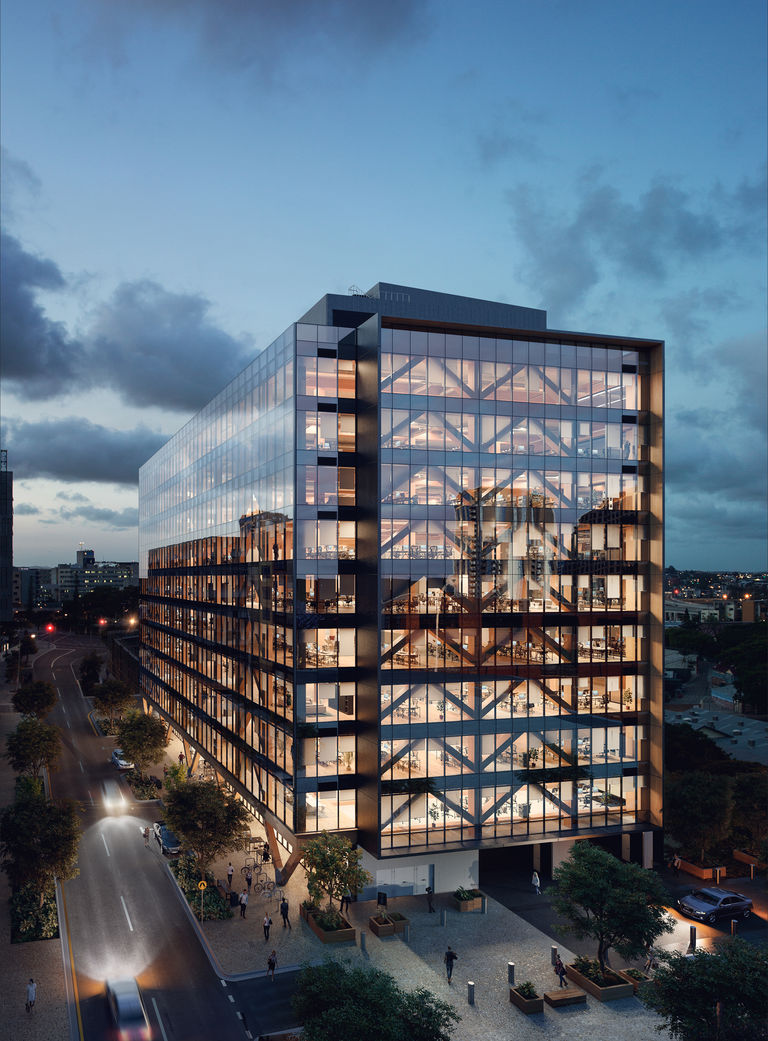 Serena is currently working on a six-storey, 40,000 sqm academic building for the Nanyang Technological University in Singapore. When completed, it could be one of the largest MET buildings in the world by GFA.

“Building horizontally is relatively limitless as long as the right support structure is in place,” she said. “In terms of height, the limits are defined as much by the local planning codes as the technology at the moment. There is an 18-storey building in Vancouver that has topped out (Tallwood House at Brock Commons) and a 24-storey building in Vienna that is under construction (HoHo). The tallest proposed building so far is Baobab in Paris, at 35-storeys, but there’s no suggestion that this is as high as it can go.”

In Brisbane, the Aurecon team is providing engineering design solutions for international property and infrastructure group Lendlease on 25 King, a nine-storey plus ground floor building that will be the tallest engineered-timber building in Australia. When construction is completed in October 2018, Aurecon will relocate its Brisbane office into the building.

Buildings can be made purely out of MET or a hybrid approach of timber, steel and/or concrete can be taken depending on the country’s fire code. For instance, in Singapore, all floors that are in contact with ground must be concrete. Other hybrid examples include developing a steel framed building and installing MET floors. The important thing is that the client vision is met. “As with choosing any material, it comes down to what the client is trying to achieve,” Serena said. “What you find with timber is that we are opening up completely new design avenues and helping clients to achieve something more unique.”

“It’s no different from a concrete building really, you still have to design it for its context.”

Working together to bring change

Serena says that there can be a challenge to convince clients to use MET because it is a new idea. “The properties of concrete and steel are well known so it’s seen as the option to take,” she said. “With MET, some clients need more convincing as they are concerned about the post-construction maintenance regime, citing creep, crack and termites. However, in my experience, these issues have technical solutions. What is more important is that for a MET project to be successful, all parties – owner, architect, engineer, builder and authorities – have to co-create right from the start. This is true for all projects but especially so, in a niche one using engineered timber.”

Serena is part of a working group that is helping to produce a guidebook on the use of MET in Singapore. It was commissioned by the Buildings and Construction Authority in Singapore and promotes how important it is that everyone works together to bring MET into the mainstream. She said: “As an industry, we need to share information and continue to promote projects to improve people’s confidence in using the material.

“Helpfully, the government is doing its share of this and there’s a real effort to make sure that MET becomes a viable option. They are producing guidance and standards in partnership with industry, continuing to support study trips and invite early collaboration on projects to ensure that designs are code-compliant.

“There’s also a good level of sharing between peers. Even though we’re competitors, we’re all friends and ask each other for advice. We’re all passionate about taking this approach and doing it right.” 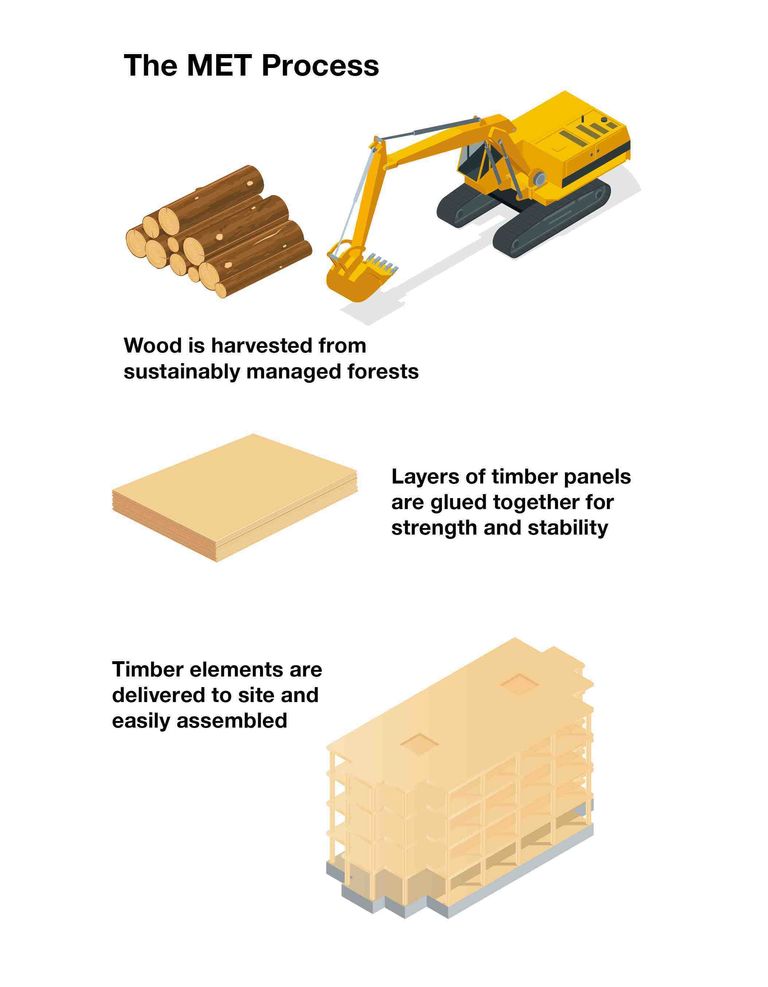