The River Irwell runs through the heart of Greater Manchester forming the political boundary between Manchester, Salford and Trafford. Its waters powered the earliest industrial development of these cities and were the focus of their growth and life for decades. With industrial decline and dereliction the river has become a forgotten and largely unknown backwater.

Manchester, Salford and Trafford Councils formed a partnership with key stakeholders and landowners to produce an imaginative and creative proposal for the regeneration of the cities’ major river corridor as a new waterfront destination and as a catalyst for the wider regeneration.

Following an international design competition, a team led by Broadway Malyan was appointed to prepare the Design Framework.

Whereas the river had become a barrier and boundary, the Framework aimed to turn it into a healing and unifying element within the urban fabric, reconnecting areas which had become isolated and fragmented.

The park was subdivided into a number of distinct character zones which responded to the varying context of the river corridor while providing a linking thread with a strong identity running through the whole park. 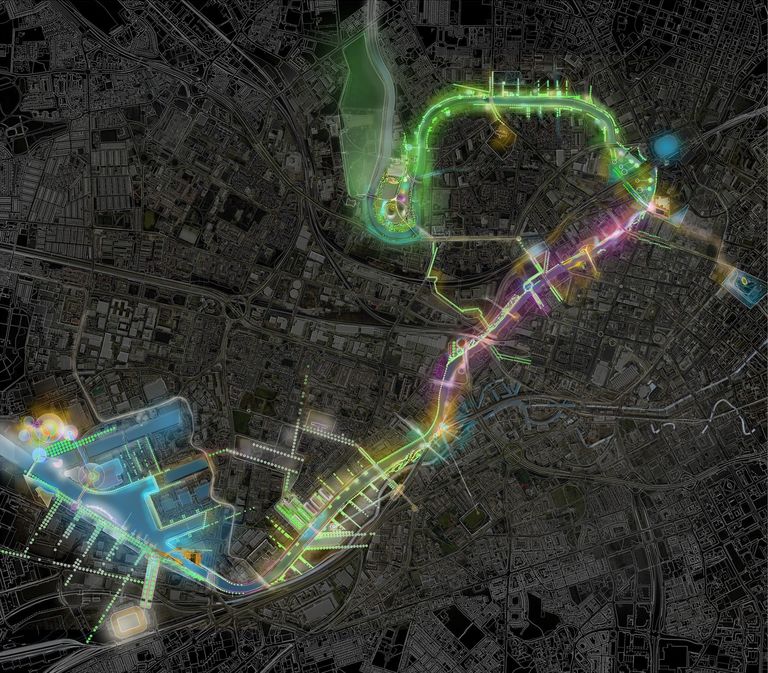 The proposals aimed to transform people’s relationship to and perception of the river, turning it into an exciting, iconic and dramatic route through the cities’ historical core. Eight kilometres of fully accessible foot and cycle paths dramatically widened access to the riverside, five new footbridges create perpendicular connections between communities and centres of amenity, and seven new public spaces were created along its banks, providing a focus for life and activity with widely varying characteristics.

The designs aimed to reflect the different characteristics of the river corridor, responding to these in subtle ways, while creating a unifying element with a strong identity of its own. This was achieved through a consistent modular treatment for the routes themselves and a series of dramatic lighting ‘Beacons’ which act as hubs of mapping and information as well as a visual symbol of the park.

The project succeeded in harnessing the enthusiastic support of a diverse range of partners and generating a momentum towards change. Broadway Malyan was subsequently reappointed to support a further funding bid and in successfully secured appointment with Form Associates and Gifford as design team leaders for the pre-implementation phase. 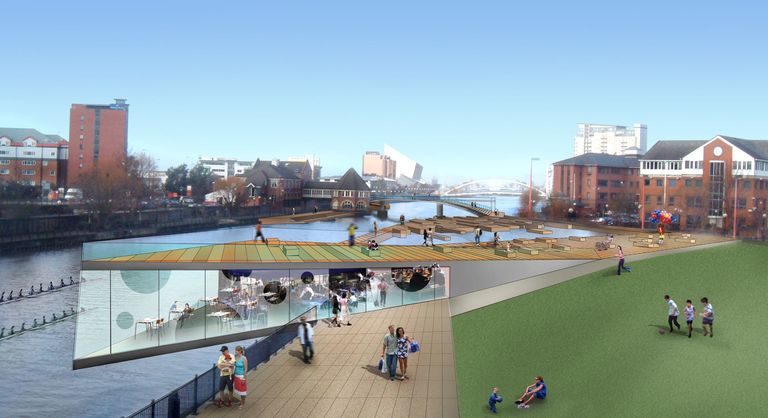