The 885-room halls of residence for students at Oxford Brookes University will be built on land once occupied by Cowley Barracks, the former regimental home of the Oxfordshire and Buckingham Light Infantry.

The new scheme, which is backed by the University and will be operated by Unite Students, is part of the university’s drive to increase student accommodation by 1,500 rooms.

As well as nearly 900 student beds, the development will also include a range of collaboration spaces, a shop, laundrette and café, all arranged around two quads and a central parade.

Designed in close consultation with Oxford’s design review panel and various stakeholders, the scheme delivers the client’s brief and provides a worthy addition to the cityscape.

The development includes a range of building typologies organised in a series of quads in reference to the architectural enclosures found in many of Oxbridge’s medieval colleges as well the site’s military history.

A series of three-storey clusters around the perimeter of the site will be constructed in red brick to reflect the local vernacular while the quads will be formed by four and five storey clusters in a buff brick that links the development to a remaining barrack building next to the development site. A ‘Keep’ building again references the site’s former military use and will form a significant landmark on the prominent corner of the site. The building will be clad in stone with horizontal planks while a rooftop terrace will offer residents unobstructed views back across the famous spires of Oxford. 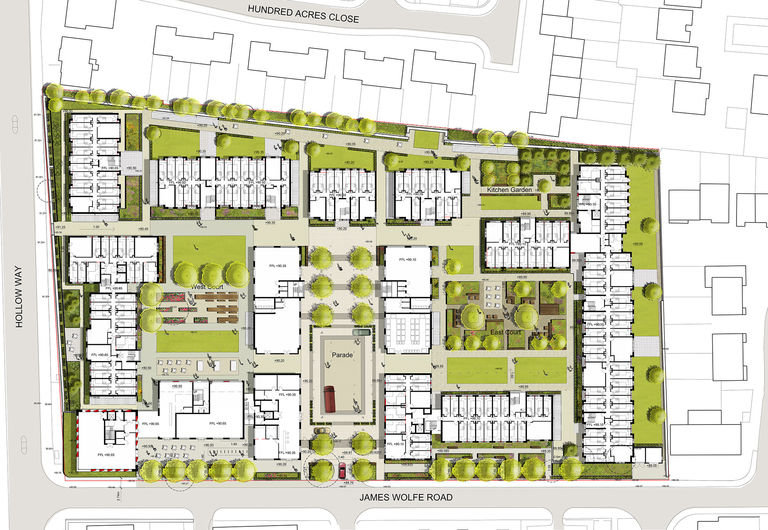 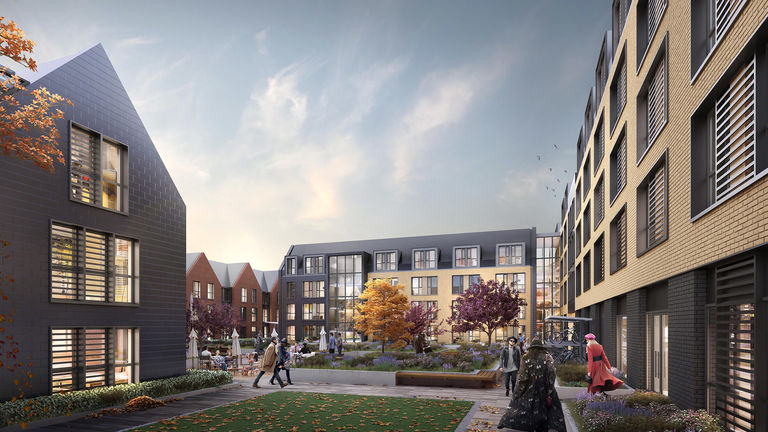