Chengdu Westminster School has been designed by Broadway Malyan’s team in Shanghai and is the latest international school being delivered by the practice in China for some of the best known names from the UK independent school sector.

The latest project, which will be operated by Chengdu Ximin Public School Education Technology Co Ltd, has been designed to accommodate more than 2,000 students across a 100,000m² campus and is set for completion in Autumn 2020.

The new school reflects the latest trends in pedagogical design whilst also referencing the historic context of the Westminster School in the UK.

Some of the great icons of London form the backdrop for Westminster School and our design approach makes reference to this context and the school’s British heritage without becoming pastiche, instead creating a new vernacular that marries these influences with the demands of the Chinese international school sector

Some of the great icons of London form the backdrop for Westminster School and our design approach makes reference to this context and the school’s British heritage without becoming pastiche, instead creating a new vernacular that marries these influences with the demands of the Chinese international school sector

Chengdu Westminster will be an all-through boarding school with a focus on STEAM subjects (science, technology, engineering, arts and mathematics) for Kindergarten to age 18 but also with an additional focus on music and drama.

This focus on the arts is reflected in the design of the campus, which includes a major ‘West End’ standard 1,000 seat theatre, and art and music pavilions with world-class facilities including a black-box theatre with retractable seating for 300 and various art exhibition halls. The school also has 70 music practice rooms distributed between the teaching and boarding blocks.

The orientation of the three major arts buildings and the dining hall form to create Little Dean’s Yard, a courtyard at the heart of the campus that references the quad at Westminster School of the same name while providing a central focal point for school activity. 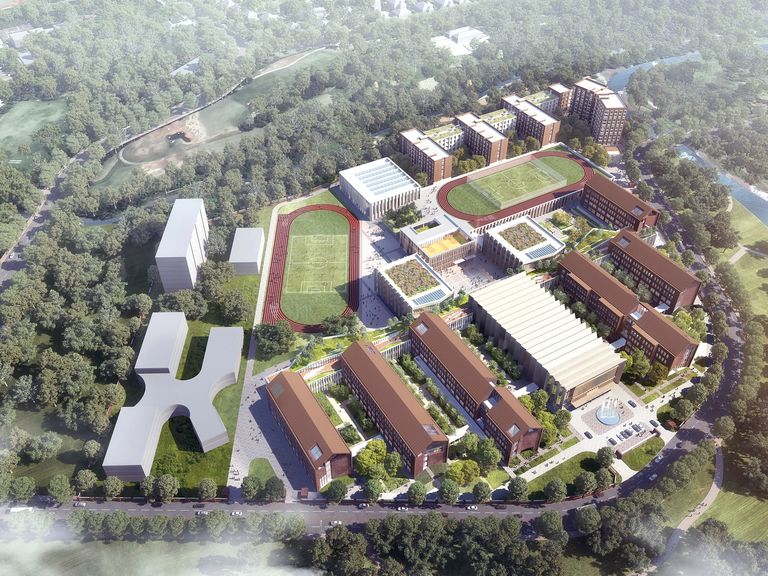 Entry to the campus is via a large arrival plaza in front of the theatre on the western edge of the site and the theatre, pavilions, dining hall and sports hall form a west to east spine across the campus, loosely inspired in their orientation and architectural typology by Westminster Abbey.

These four stone-clad buildings have been inspired by the generous volumes and vertical proportions of the Abbey, using the same language of monolithic stone elements with large stone ribs and pillars that reference the buttresses of the 10th century building.

The boarding houses on the eastern edge of the campus have been designed with the pupil’s well-being in mind, with each being broken down into a series of ‘family’ groups with each house having its own front door leading to a shared ground floor with kitchen, gym, study room and lounge and all leading to a courtyard to create an active social hub.

The teaching buildings are largely red brick with pitched roofs and dynamic brick and glazed gable walls, referencing Victorian school houses, and are orientated as a series of long linear blocks but defined by their own formal colonnaded courtyards.

These buildings will be linked by a learning resource spine over two stories that runs along the north-south axis of the campus and is the glue that binds the different teaching and learning zones together. 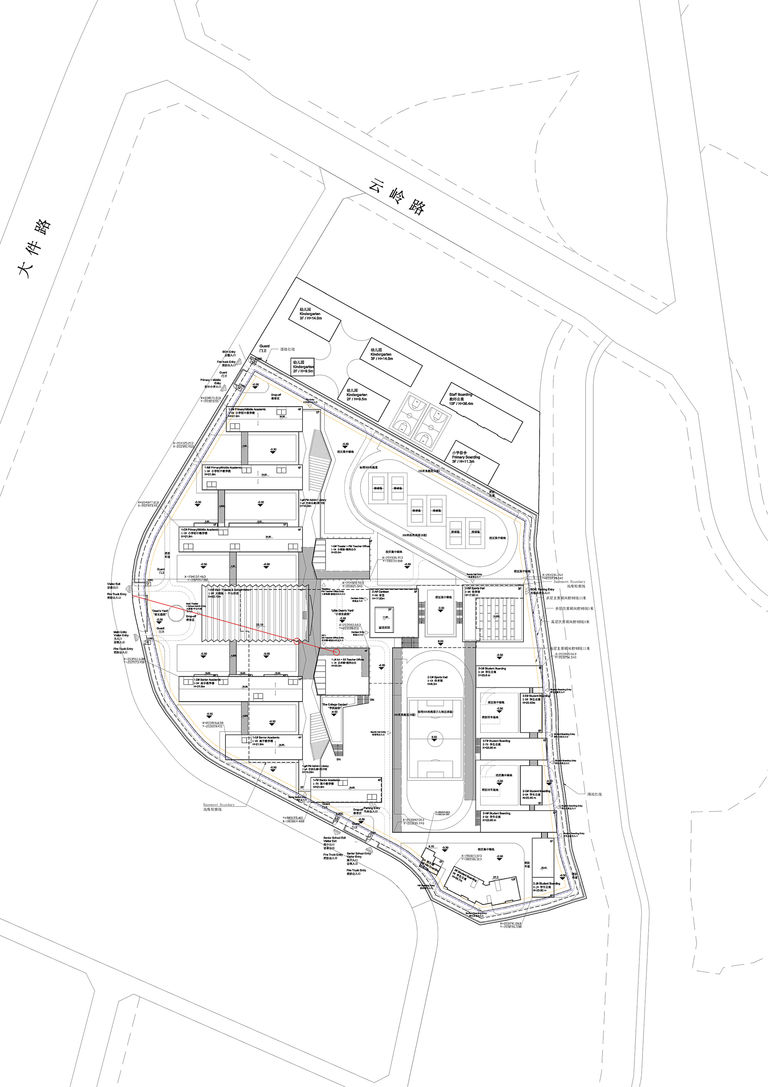 The War for Talent