Providing a fully-integrated mix of residential, retail, hospitality and Special Economic Zone uses, as well as schools, healthcare and sports facilities, the development will become the first of its type and scale in India. The development includes District One, comprising 2,400 residential units which are complemented by a range of community facilities including a resident’s clubhouse and sporting facilities such as tennis and basketball courts and a jogging track. Each tower is connected by a sky garden at the 17th floor which will enable the residents to move between the different buildings and share community spaces.

Broadway Malyan’s proposals placed sustainability at the top of the agenda with residents set to live in close proximity to workplaces and so called ‘third spaces’, with the entire city being accessible by foot or bicycle and featuring links to major transport networks by road as well as a potential future rail connection.

““Our ambition was to complement the work on the masterplanning and architectural side, by delivering a strong and clear brand identity that would help to bring the scheme together and inspire people to become part of this transformational project.””
Jon Geaney, Director, Broadway Malyan 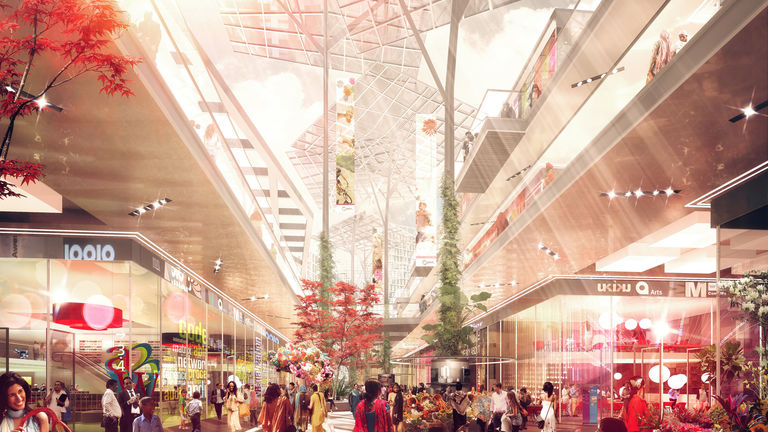 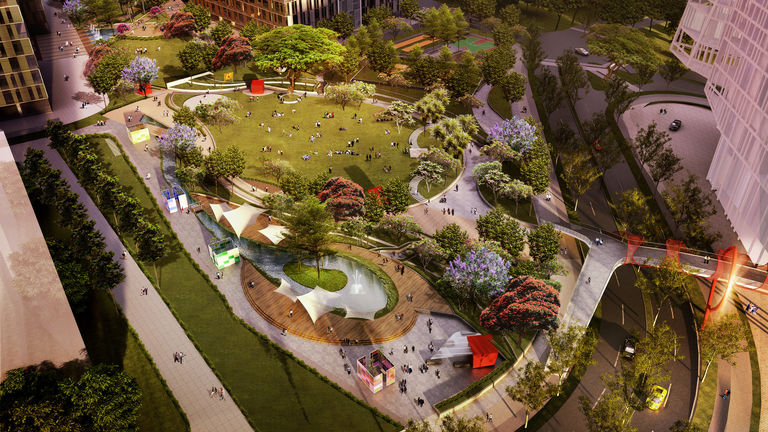 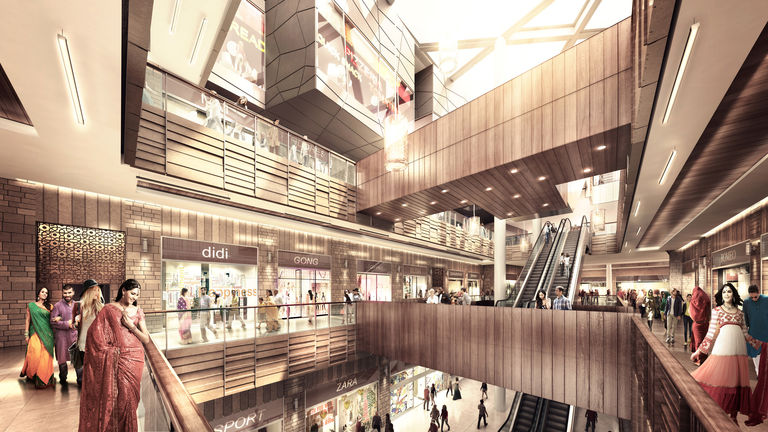 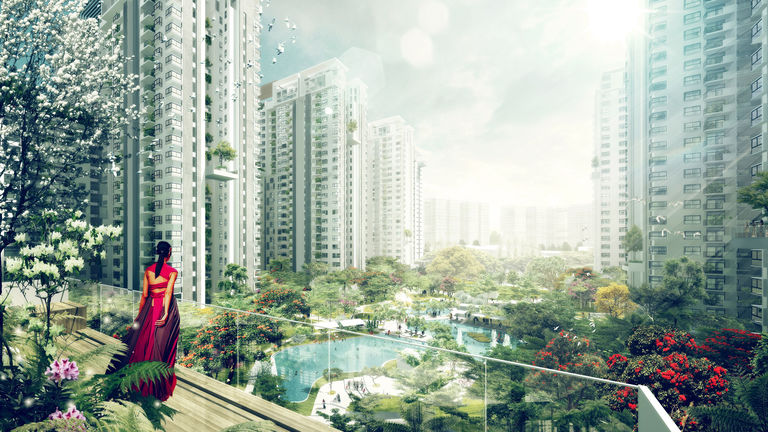 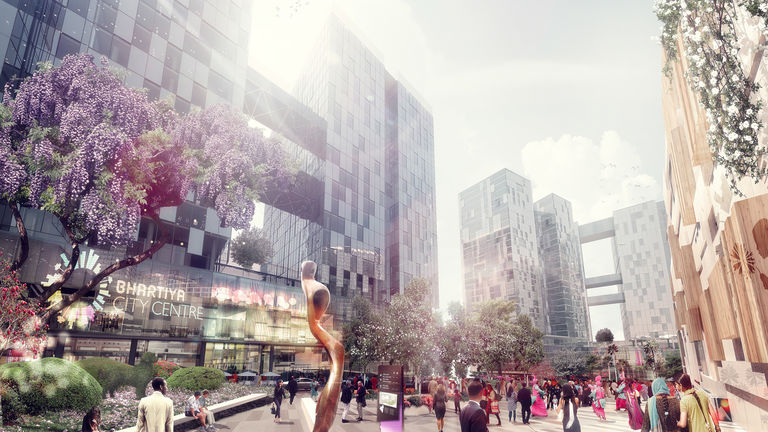 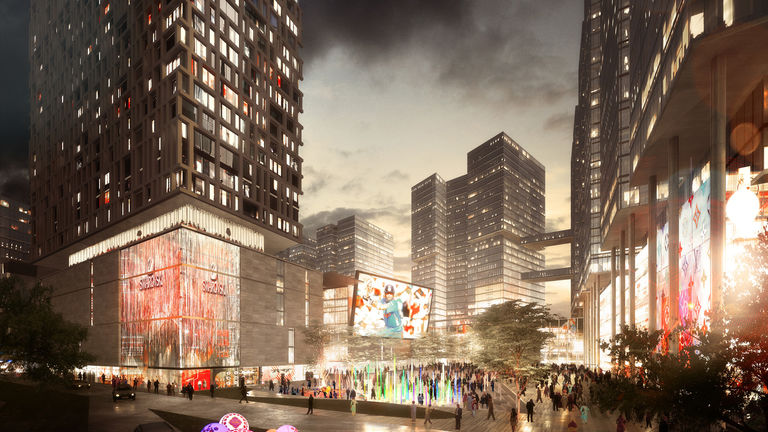