Construction work has started on the first phase of a major repositioning project of one of Portugal’s best known shopping centres.

Broadway Malyan is one of two architects that have been commissioned to transform the Oeiras Parque shopping centre in Lisbon in a two phase project that is set to complete in late 2018.

The interior intervention will include remodeling of the existing two retail floors and the creation of a new third floor with a 2,300sqm food court and a refurbished seven-screen movie theatre which is currently accessed via the second floor. 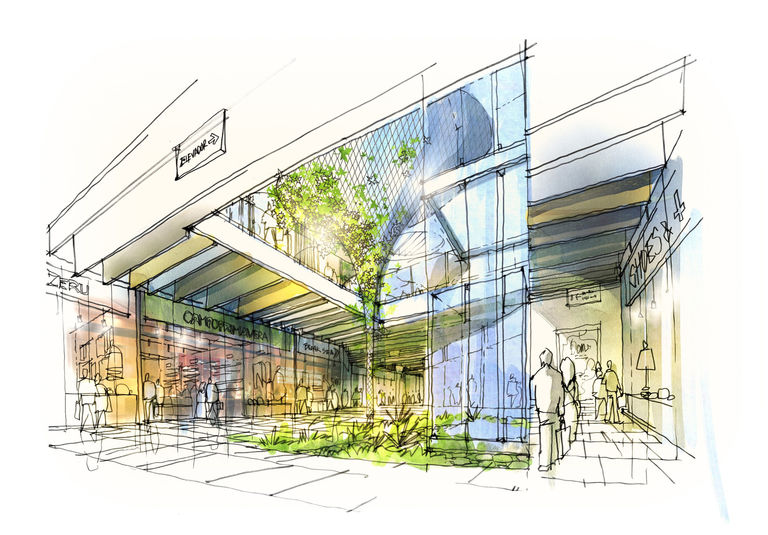 The project will also see the creation of 5,700sqm of new retail space with a further 5,600sqm of existing mall undergoing a significant redesign with the overall intervention totaling 29,600sqm of gross floor area.

Joao Fonseca, who is leading the project for Broadway Malyan, said the inspiration behind the design concept for the mall was the nearby Poets’ Park, a 15 hectare garden of avenues, playgrounds and fountains that celebrates the work of Portugal’s best known poets.

He said: “Oeiras Parque is almost two decades old and was one of the first major shopping centres in Portugal and the retail sector and the tastes and expectations of customers has evolved significantly in that time.

“The defining idea driving our intervention is the nearby Poet’s Park and the concept of bringing the park inside the shopping centre to create a completely different atmosphere that is natural and fresh with calm and comfortable spaces for customers to relax.

“The redesigned interior will have major natural elements throughout such as living walls above the shop fronts and cladding constructed from coated recycled wooden slats to create a feeling of integration and fluidity between in the inside and the outside of the shopping centre.

“There will also be new heavily planted seating zones throughout the shopping centre with swings and park benches to give the idea of an urban park.

“Gastronomy is now a key part of any modern shopping centre and the new food court on the third floor will offer a hugely exciting environment with slow food and fast food, a new outdoor terrace with great views across the city and striking tree-like forms made from metal mesh entwined with green ribbon to create a sense of eating in the woods.”

Work has now started on the first phase of the project with the new food court and cinemas set to be open in summer 2018 while the second phase, which will see the demolition of the existing food court on the first floor to extend the mall’s retail space, set to be complete by the end of 2018.

“The defining idea driving our intervention is the nearby Poet’s Park and the concept of bringing the park inside the shopping centre to create a completely different atmosphere that is natural and fresh with calm and comfortable spaces for customers to relax.”
Joao Fonseca, Associate Director, Broadway Malyan