Proposals for a boutique four-screen cinema and roof terrace at Kingston-upon-Thames’ main shopping centre have been unanimously approved by planners.

The project will see the creation of a cinema on the second and third floors of the Bentall Centre with a roof terrace offering spectacular views across the town, accessed by a new glazed lantern-style extension.

To preserve the setting of the 1930s Maurice Webb-designed Grade II Listed façade, the auditoria will be located in the former roof plan area behind an existing slate tiled mansard roof. 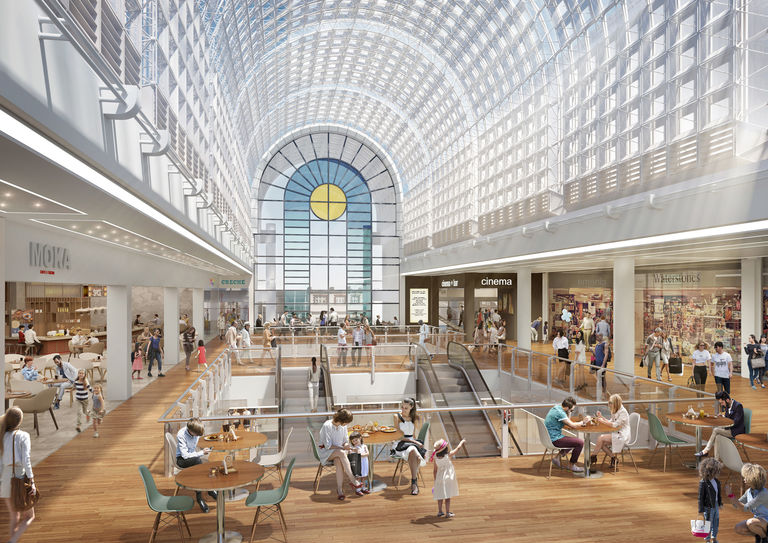 The proposals also include improvements to the modern Clarence Street façade which includes the centre’s busiest entrance. The works will include reglazing the current opaque glass shopfronts to enhance the visual connectivity between the centre and street.

The Bentall Centre, which was largely reconstructed in the early 1990s, was Grade II Listed in 2011 to protect the remaining original facade and one of the original entrance lobbies and Broadway Malyan director Joe Witchell, who is leading the project, said a key driver for the design was to be as unobtrusive as possible.

He said: “While there are elements of the centre that date back to the 1930s, much of the centre is just 25 years yet the retail sector and the expectations of customers has evolved significantly in that short time. 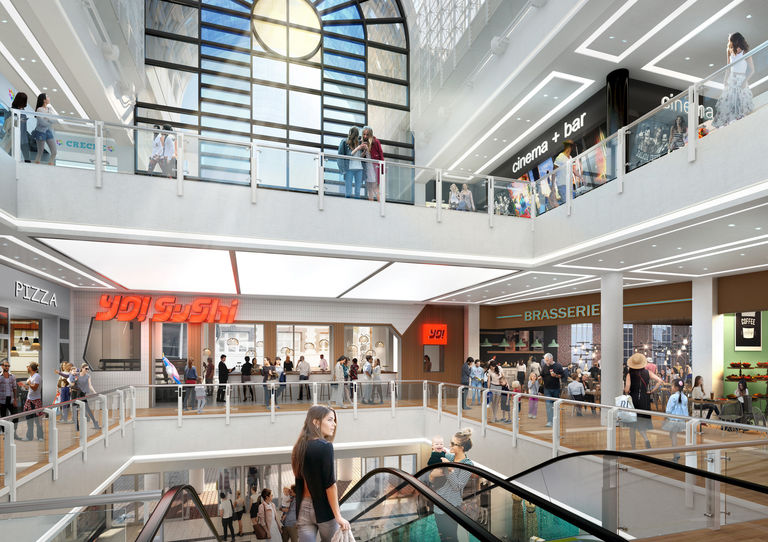 “The aim of this project is to extend the centre’s appeal with a new leisure offer that support’s Kingston’s evening economy but is also sensitive to the centre’s original features and the town’s historic town centre.

“A new triple-height foyer, located off the Bentall Centre atrium, will provide views over Clarence Street and access to the auditoria that will sit quietly behind the existing mansard. Only the rooftop lounge that will be clad in triangular glass panels, will be visible from street level.

“This space will offer cinemagoers panoramic views over Kingston and towards the Thames and its spacious external terrace will act as an extension of the lounge and opening the possibility of outdoor screenings during the summer months.”

“This space will offer cinemagoers panoramic views over Kingston and towards the Thames and its spacious external terrace will act as an extension of the lounge and opening the possibility of outdoor screenings during the summer months.”
Joe Witchell, Director, Broadway Malyan