The first phase of a fully integrated transport orientated development in the heart of Jakarta has been completed.

Sudirman 7Point8 combines retail, commercial and office uses and is connected to the Setiabudi MRT station, the first scheme of its kind to integrate a new MRT station within the development.

The mixed-use development is inspired by ‘alun-alun’ or town squares of Javanese cities where social, economic and leisure activities traditionally take place within a rectangular walled exterior and a courtyard open to the sky

The completed 110m tower is the first of two proposed for the site with the tallest standing at almost 300m, positioned at right angles and interconnected by a nine storey podium around a large landscaped central square.

When the scheme is complete, the podium will be cut away at the corner to create a dramatic access route to the lush internal courtyard, providing a green oasis in the heart of the business district.

The completed tower is 110m high including its crown apex and consists of 23-storeys of grade A office space and five levels of basement parking. The second tower, currently under design development will begin in 2020 as part of phase two of the project, is 300m high with more than 50 floors of grade A office space and two floors of F&B. There will also be five levels of podium parking and another five floors basement parking provision. 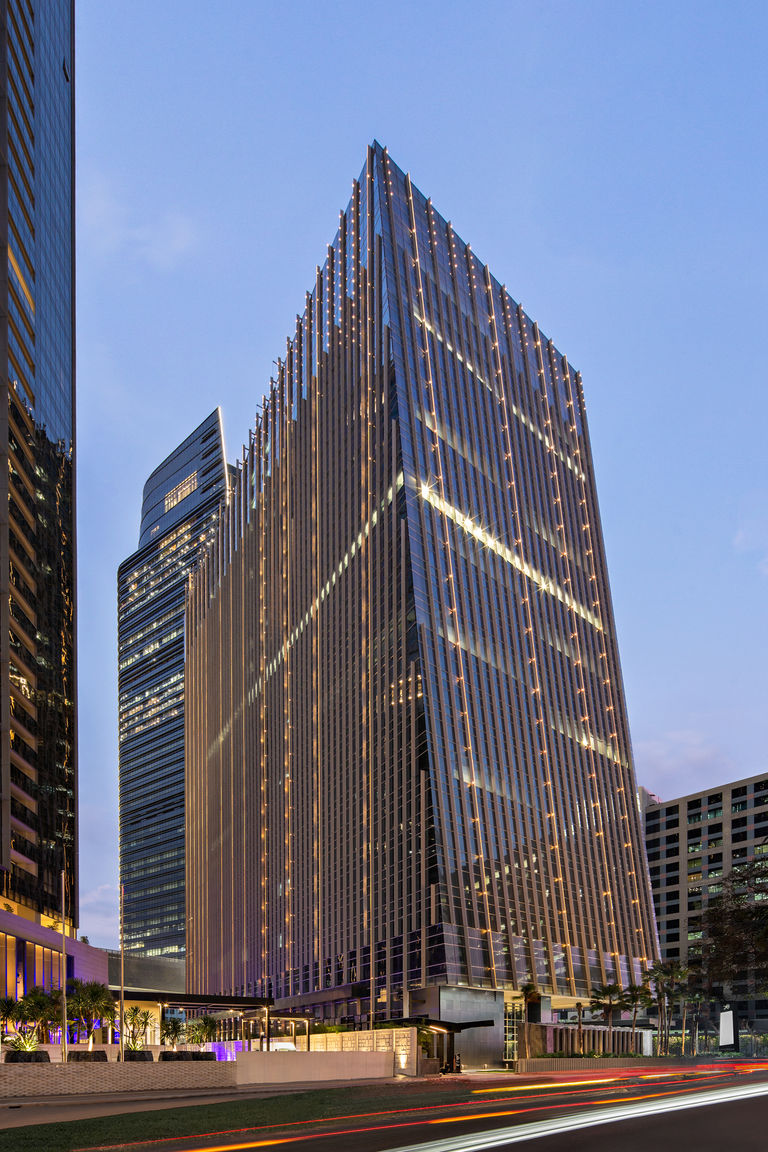 The nine storey connecting podium will include four storeys of retail – including a two floor Mercedes showroom - three office floors and one floor of F&B as well as eight levels of parking above and below ground. Construction on the podium is also planned as part of phase two of the project.

Broadway Malyan director Ian Simpson said: “At the heart of our design approach, we intended to create a central garden space that allows us to maximise a tight urban site and generate a scheme that responded to the scarcity of natural environments within developing cities by creating a green sanctuary within a prominent high street area of Jakarta. The results is a city garden courtyard providing a safe and comfortable car-free pedestrian environment that is generously landscaped around a stunning central banyan tree.”

Anya Mapue, architectural designer at Broadway Malyan, added that 7Point8’s separate structures adhered to a uniform architectural language so that while working independently from each other, they provided a clear and cohesive narrative that united the scheme.

He said said: “The buildings are strategically placed to allow for well-defined and separate drop off areas and lobbies that will cater for the different uses of the mixed use development – allowing each building to work individually but also working as a whole when complete.

“All three structures share the same principles in terms of the exterior design with an angled façade, vertical fins and interior light shelves, reflecting the local vernacular philosophy of the ‘tri-angga’ law which relates to the ratios and proportions of the building.” 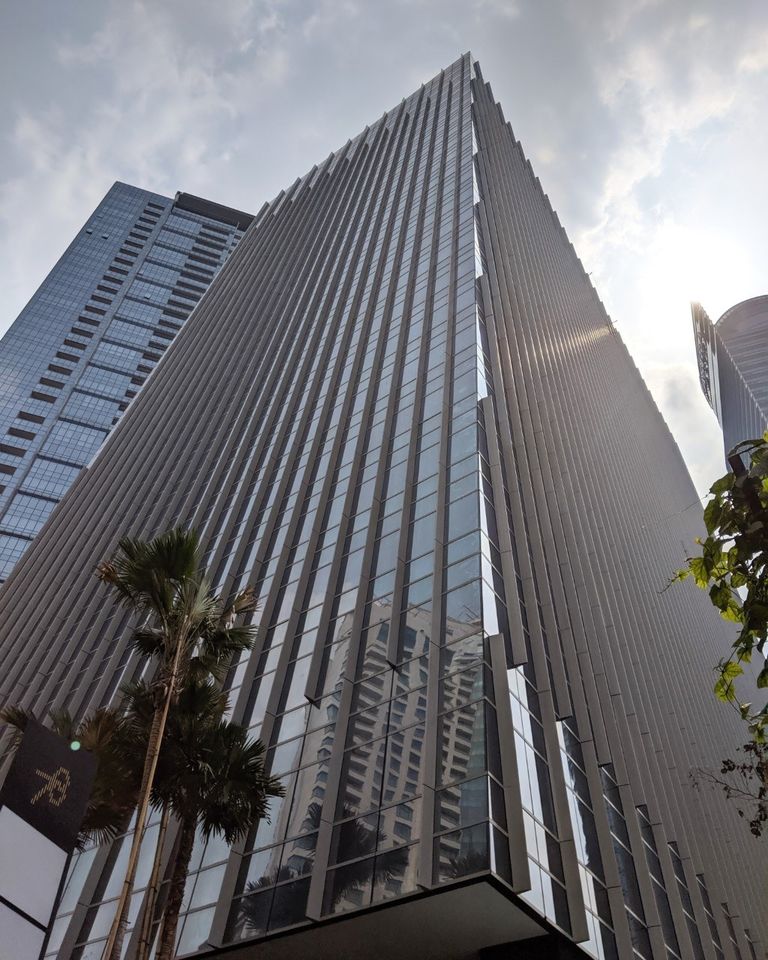