In the UK 36,000 premature deaths every year can be linked to air pollution. Shockingly, this is only a small proportion of the estimated 8.8 million deaths across the world, a result of breathing particulate matter and toxic gases such as ozone (O3), nitrogen dioxide (NO2) and sulphur dioxide (SO2).

The link between air quality and serious health implications such as cancer, asthma, heart disease and dementia is clear, with people at risk across every stage of life. The issue is particularly critical for children, whose organs and immune systems are still developing and whose smaller bodies and airways make them especially vulnerable to dirty air. In the UK, 2,091 schools, nurseries, further education centres and after-school clubs are situated within 150m of a road with illegal levels or nitrogen dioxide (above 40µg/m3).

With air pollution having a much greater effect on a child’s overall health, what are we doing as architects and designers to create a cleaner environment now for future generations? How can we clear the air?

“Over 80% of urban residents are exposed to air pollution levels that exceed WHO limits.”
World Health Organisation, 2019 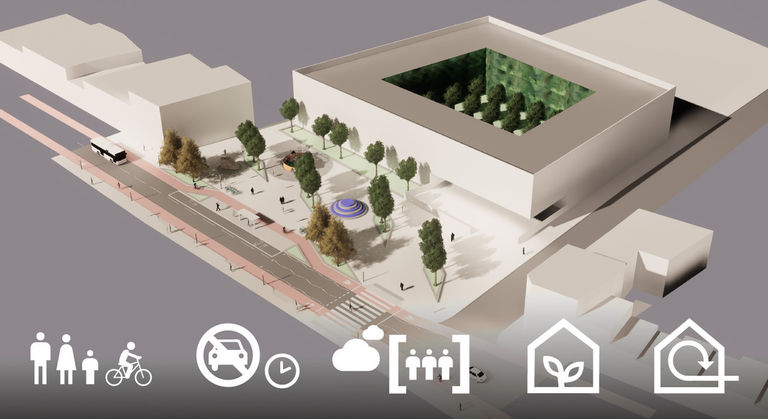 Streets for All – Starting a revolution on the streets of Manchester

Next Generation Learning Environments in Asia