With its great food, climate and culture, Lisbon has become one of Europe’s top city break destinations.

One of its jewels is Tivoli Avenida Liberdade, the city’s most famous hotel, which recently underwent a major refurbishment designed by Broadway Malyan. Here leading destination expert Mary Lussiana, a regular contributor to titles including the Daily Telegraph and Tatler, pays a visit to the city and the newly refreshed hotel.

A few days ago I was sitting in one of Lisbon’s restaurants with that special Lisbon light streaming in through the large windows which looked onto Avenida Liberdade, the capital’s grandest 19th century boulevard. I had a plate of presunto, the typical Iberian dry-cured ham beside me, which had come from the Alentejo, the region to the east of Lisbon where the pigs feed on acorns and olives, roaming free amongst the oak groves and fields of olive trees that dot the landscape. 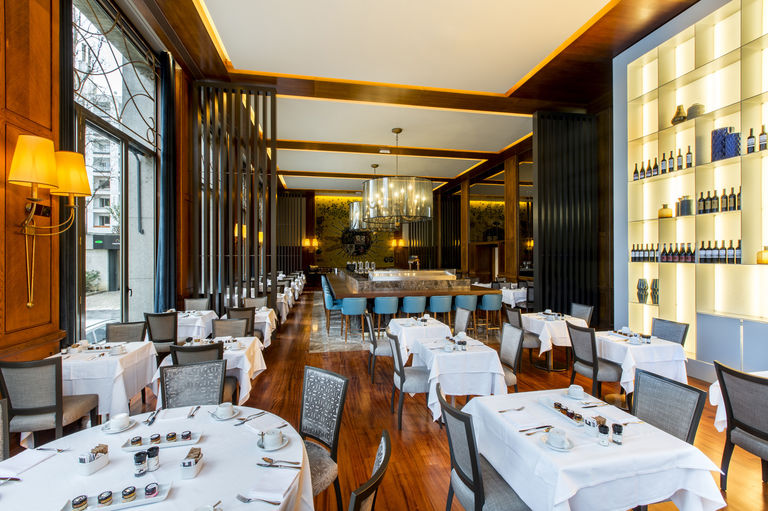 I had a glass of cold, white wine in my hand – one I hadn’t tried before – a Quinta dos Abibes which came from the Bairrada region of Portugal, which only recently has begun to produce wines like this which can compete with the more well known Douro Valley or Alentejo vineyards. In front of me there was a menu dominated with dishes from the Seafood Bar behind me, a seven-metre long counter brimming with shellfish, such as the succulent scarlet shrimps from the Algarve or the ugly goose barnacles which the Portuguese so love with a glass of beer. Also on the menu were dishes from the land like Pica-Pau do lombo, tender diced beef in a garlic and chilli sauce and the traditional cod fish – Bacalhau à bras – with angel fries.

I had a few minutes as I was waiting for someone, enough time to reflect in fact on the impressive bounty that Portugal offers, and more than that, on the history of my surroundings. I was in the newly opened restaurant Cervejaria Liberdade which forms the corner of the Tivoli Avenida Liberdade Hotel. The hotel first opened in 1933 and remains a landmark in the city, beautifully layered as any Grande Dame of a certain age should be, with the chapters of her story.

The intrigues whispered when this was a city of spies in the Second World War can still be felt in the air, and the quick step of the hotel’s most famous resident Beatriz Costa, an actress from Portugal’s golden age of cinema, who lived here for thirty years. It was completely redesigned by acclaimed architect Pardal Monteiro in the 1950s who introduced a strikingly modernist lobby with a low ceiling crowned by a glass dome and I remembered it feeling somewhat dark and dated.

Today though, having walked through it earlier, the lobby shimmered in the light, which illuminated the modern art work and enhanced the turquoise and gold décor. The glass dome has grown to become a window of light, laced with a delicate woven gold trellis, under the recent renovations by architects Broadway Malyan, preserving the modernist feel of the lobby but opening it up in a bold fashion for its 21st century appearance. 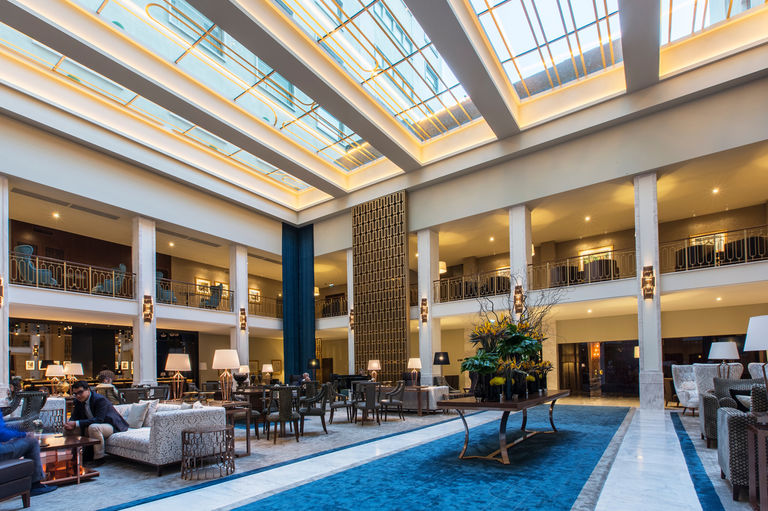 This confidence can be felt throughout, in the sleek interior design which doesn’t miss a beat, in the way the hotel’s history has been paid homage to and yet the hotel itself is perfectly poised for the future. It is echoed in the Cervejaria Liberdade Restaurant with its rich wooden floors and its classical, brasserie-like elegance, reinterpreted anew to be a showcase for Portugal’s culinary highlights.

It is a remarkable transformation from dated to dazzling but not only that, it manages to have lost nothing of its character in the process, only gained a greater depth. Go and see for yourself and start with a plate of that presunto. 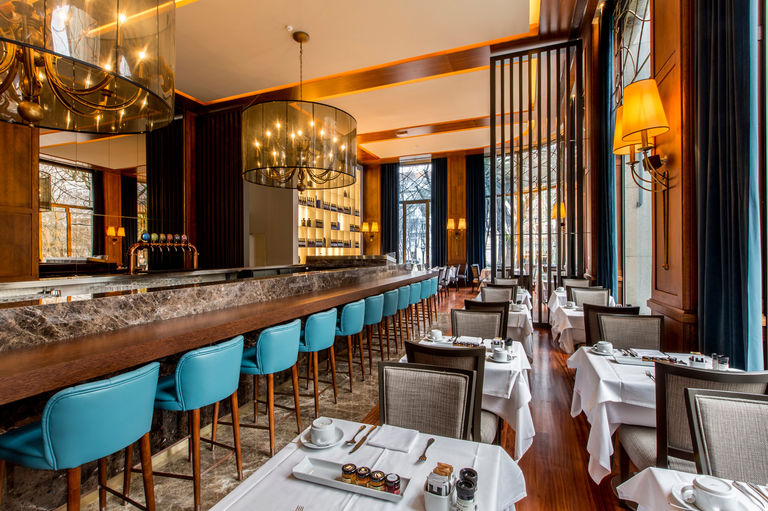