Density is not a dirty word
Danny Crump
28th January 2019

However, it is still the norm for many cities and towns to default to building new low density communities on the outskirts of existing urban areas when attempting to solve their housing issues.

This is partly because density is such an emotive topic – and in many ways misunderstood. To the general public, and even those involved in the development business, increased density immediately conjures images of high rise when that is often far from the case.

Combine this with the interchangeability of gross density, net density and metropolitan density, often to suit a particular narrative, and you can understand why the density debate can lead to confusion, distrust and ultimately NIMBYism.

It is in this context that the recently published Greater Manchester Spatial Framework’s (GMSF) focus on setting minimum density standards, and a presumption in favour of sustainable and well-connected communities through a Transport Oriented Development (TOD) approach, has to be applauded.

In the new GMSF, which went out to consultation this week, the minimum residential density for city centre development is 200 dwellings per hectare (dph), for the more than 40 designated town centres in the Greater Manchester (as referenced in district local plans) it is 120dph and for other designated centres it is 70dph.

Done well, the densities set within the GMSF can ensure the delivery of stated target of 201,000 new homes without resorting to towers while still creating the necessary critical mass to enable to the creation of ‘neighbourhoods of choice’ with high quality housing and amenities that are well connected to employment centres.

Think the famous Eixample district of Barcelona with a net residential density in excess of 500 dph or even Malmo with a dph of more than 100 - and not a tower in sight. Looking closer to home Belgravia and Bloomsbury in London achieve net densities of more than 200dph through three storey Victorian and Edwardian terraced houses; similar to the approach taken recently at Timekeepers Square in Salford.

To give further context, the United Nations working group ‘UN Habitat’, a group directly involved in the study of urban place-making around the world, recommend a minimum benchmark gross population density of 150 people per hectare (pph) for successful, healthy and liveable communities while the new minimum residential densities for Greater Manchester would be 210pph for city centre developments, 126 for designated town centres and 73 for other designated centres.

Of course, discussions of density become more relevant depending on the proposed development site – towers will always have their place as will development on the urban fringe when appropriate.

However, with the GMSF’s renewed focus on protecting the Greenbelt, a significant proportion of the region’s residential development over the next two decades will be on brownfield sites and in areas with very low current dwelling densities.

It should remembered however that the GMSF is a blueprint for growth over the next two decades and will hopefully be the catalyst for the densification of many of these smaller urban centres with a view to the next iteration of the GMSF advocating further growth in the future.

“Discussions of density become more relevant depending on the proposed development site – towers will always have their place as will development on the urban fringe when appropriate.”
Danny Crump, Director of Urbanism, Broadway Malyan

The great challenge now will be how to prioritise those development opportunities across Greater Manchester to create the necessary momentum to achieve the region’s ambitious housing targets while also tackling issues such as air quality, social and economic deprivation and connectivity.

The GM2080 study, jointly authored by Broadway Malyan, WSP, Skanska and GL Hearn and published last year, considered the region’s current and future transport infrastructure as the main driver for development growth in Greater Manchester and used data appraisal and objective analysis to identify locations and sites around transit nodes with the greatest potential for impact and success.

And the fact that the new spatial framework has been rolled out in parallel with a new transport strategy is clear evidence that the principles of Transport Oriented Development have won the day in Greater Manchester. In this story it is not just brownfield land, but also the transit hubs, that will be the hero of Greater Manchester’s growth.

It will also be a story of public/private partnership. If all of Greater Manchester is to feel the benefits of economic growth over the next 20 years - the most valuable developments will ultimately be those that take the most holistic approach rather than just focusing on the lowest hanging fruit. 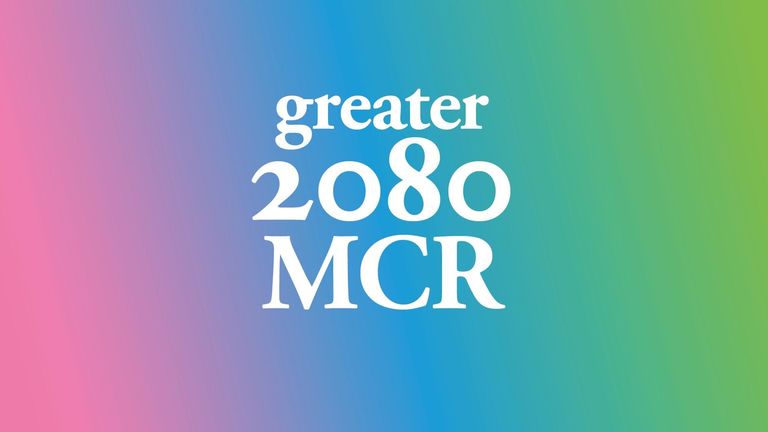 But where there is a will, there is a way and on projects like Stockport Exchange and the successful Chester Central Business Quarter, partnerships between developers, local authorities and Network Rail have seen investment in transit hubs run simultaneously to development.

The GMSF offers a brave and exciting vision for Greater Manchester and has the potential to help propel the region to becoming one of the most livable in the world. It is now up to all the relevant partners to embrace this ambitious approach and bring Malmo densities to Middleton or Barcelona to Bredbury.

An urban transformation that celebrates community